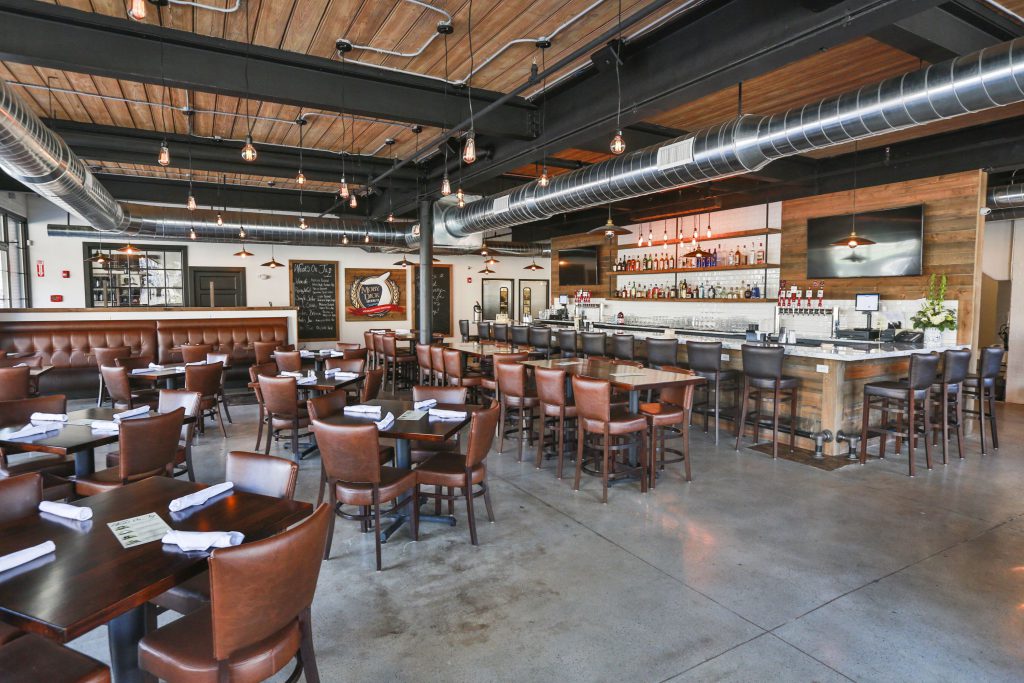 New Bedford, MA  – The first thing you might notice is the large windows and inviting outdoor seating.  You might also start humming a sea chanty as you take in artifacts of New Bedford’s historic whaling and fishing history and authentic artwork and photography. It’s all part of the allure of the new, 4,300sf Moby Dick Brewing, Co. building built by South Coast Improvement of Marion that recently opened diagonally across the intersection from the New Bedford Whaling Museum at the intersection of Union and Water streets in the city’s historic district.

Kevin Caldwell, of Caldwell Architectural Associates in New Bedford, was the project’s architect.

“We are delighted to bring this landmark pub and all its historic texture to the region,” noted Tom Quinlan, CEO of South Coast. “We enjoyed working closely with the investors to deliver a showcase and tribute the area’s salty charms.”

New Bedford Mayor Jon Mitchell noted, “The brewery is another significant addition to the downtown.  That is a very prominent corner and this new business will really stand out.”