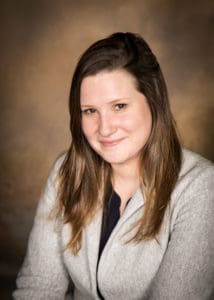 Sarah Caughey, branch manager of the new office for the Elevator & Escalator Division of Mitsubishi in Boston

Boston -The Elevator & Escalator Division of Mitsubishi Electric US, Inc., headquartered in Cypress, Calif., announced the opening of its newest office in Boston.

Sarah Caughey is branch manager at the recently opened office where she oversees the branch’s sales and operations.

By selecting Boston, Mitsubishi Electric is positioned to build a business base in the New England market. This is the Elevator & Escalator Division’s first office in the country’s Northeast region and will give the division greater access.

“Opening this new office in Boston is a great opportunity to give our company a measurable presence in a very solid real estate development market,” said Erik Zommers, senior vice president and general manager of Mitsubishi Electric Elevator & Escalator Division. “We anticipate strong activity and continued expansion of our brand.”

The Division was recently contracted to install and maintain a pair of spiral escalators at the Encore Boston Harbor Resort. The escalators are as much a design element as they are functional – they are the first thing guests see when entering the lobby.

“As the only global producer of spiral escalators, we are proud to have our products featured in a number of unique, beautiful projects around the world,” said Mike Eden, Eastern region director for the Division. “When they are incorporated into such thoughtful surrounding architecture, the escalators become part of the design, too.”

The historic city of Boston is popular among young professionals, who relocate to the area in pursuit of job opportunities in one of the city’s three major industries: medicine, technology and higher education. Growth in these industries, the technology sector especially, has also attracted business from both startups and major corporations.

To accommodate the growth, Boston is constantly under construction, with new structures being added to the ever-changing skyline and filling the city’s 48 square miles of land space. Billions of dollars have been invested in residential, commercial and infrastructure endeavors in recent years, and the Metropolitan Area Planning Council projects that more than 400,000 new housing units – mostly multifamily and in urban areas – will be needed by the year 2040 for the region to support the growth in its population and industries.