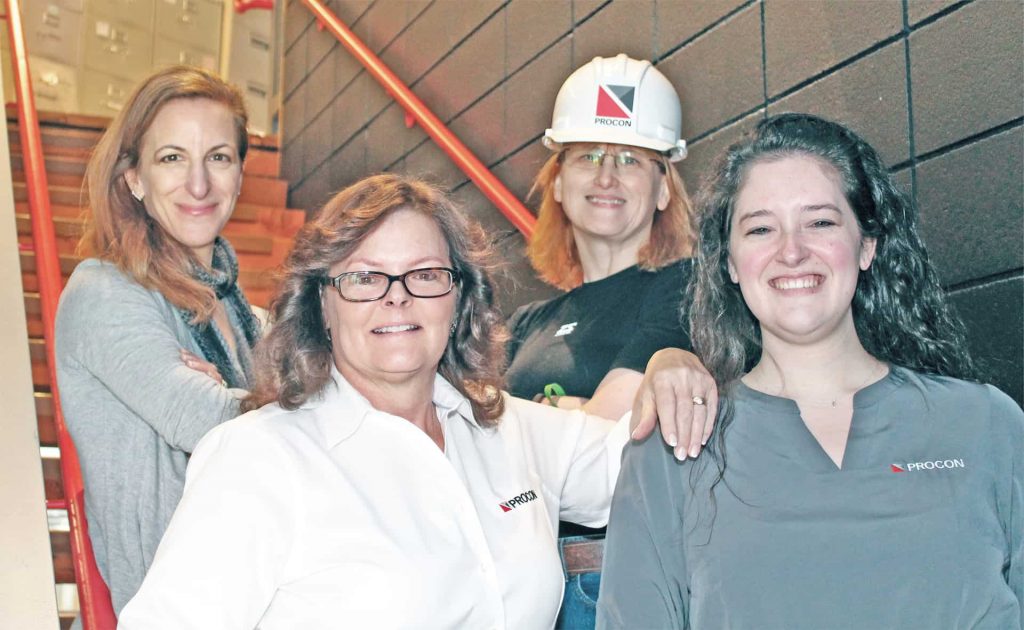 PROCON is an 84-year-old privately owned design-build firm that values the contributions of women in a male-dominated industry. The following women have all successfully carved out viable roles with the company. They are in various stages of their careers and share some of their experiences, perspectives and a common love for building.

“Never give up!” That’s the best advice that Lynn Kramer ever got in the business, and with over 30-years in construction, those words have served her well. Today, she is a Project Executive with PROCON where she has been for 8-years. Lynn never wanted to do anything but construction, so after earning a civil engineering degree, she landed a job working for Whiting Turner. “It was definitely a proving ground. At one time I was running the MEPS on a $200M job in Connecticut, but I worked very hard to learn my craft, and finished the project on time and under budget.” She reflected.

Kramer has seen considerable changes in the industry since 1985. “I’d say that the biggest difference is the dramatic reduction in the time from project initiation to building occupancy. When I started out, everything was done by paper. We now have technology adding efficiency and speed at every phase of the project.”

Her passion was evident, as she revealed, “My favorite thing is building relationships with owners and subcontractors.” She also views mentoring as a key component of her leadership role. Currently, Lynn has a large team of PMs divided across the six commercial projects she overseers in various phases of construction. “I offer them guidance while recognizing that each individual has their own working style. I work closely with my teams to ensure we are leaving a job having learned something new and are continuously improving.”

Lorna Lavelle’s charming Scottish accent and quick humor are easily noticeable. She began her career in the United Kingdom and joined PROCON in 2015 as a project scheduler. A master’s degree in ­energy systems and the environment led her into a PM position working for Britain’s nuclear-decommissioning Industry. One of her earliest multimillion dollar jobs was building a 321-mile-long power line in northern Alberta, Canada over two years. She eventually relocated to the U.S. and transitioned into project controller scheduling, and discovered she liked that position best.

Lavelle’s PM background has been advantageous as a scheduler. She said, “I take the total scope of the job and break it down into manageable segments. I make sure that the phases of work are in the right order, and enough time is allotted to each one.” Her favorite part of the job is the end result. “I love to see a building we’ve done and say that I had a wee part in it.”

“I have never felt like the only female in the room at our company because there is such tremendous respect for everyone, male or female,” said Del Sesto. She worked at PROCON for five years before leaving to raise her children. She later returned, but on a slightly condensed schedule. “I always knew that if I returned to construction, it would have to be at PROCON. I get to drop off and pick up my kids daily. It is not unusual for me to discuss a project on the phone while driving them around. It shows my kids that I have another important job besides being their mom, and I really appreciate that PROCON allows me to do that.”

Kim interned her way into a construction role while studying to be an architect at Keene State College. But, in her junior year she became more interested in sustainable building. Thus, after getting an architectural degree, Pyszka stayed on at PROCON as an assistant project manager, focusing on sustainable building practices. She said, “I gather information from our architects and construction team for all of our sustainable projects.” In her role, she not only monitors the company’s environmental building standards, but she also assists with close-out warranties as well as following up on post-construction issues.

These four women from PROCON prove that if you work hard and never give up, it’s possible to carve out a successful career as a woman in construction. 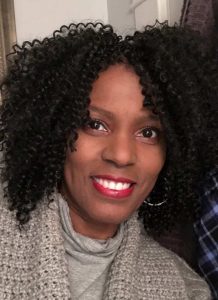 Carol Duhart is the creative writer for PROCON Inc.