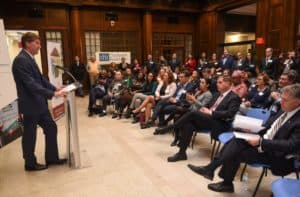 Additionally, the bank has announced a new initiative with the Boston Main Streets Foundation of $100,000 for Small Business Technology Initiative for Community and Economic Growth, with the purpose of supporting immigrant, minority and women-owned small businesses in Greater Boston.

At a recent event at the YMCA of Greater Boston, Mayor Walsh, Van Saun and Sargent joined Citizens executives and local community leaders to officially recognize the funding recipients, and to provide an update on the city’s efforts to combat chronic workforce issues.