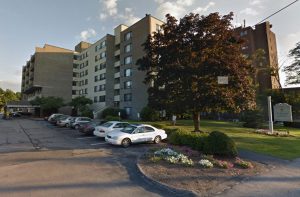 Boston – MassHousing has closed on $9.9 million in affordable housing financing to an affiliate of Pennant Housing Group for the acquisition, renovation and preservation of the Colonial Village Apartments, which is home to low-income senior citizens, in Weymouth. The transaction resolves an expired long-term affordability restriction and preserves affordability at the 89-unit property for at least 15 years.

The general contractor is NEI General Contracting. The architect is Kaas Wilson Architects and the management agent is Arco Multifamily Management.

Based on existing residents’ incomes, 79 of the apartments will be restricted to households with incomes at or below 60% of the area median income (AMI), with nine of those units being further restricted to households earning at or below 30% of AMI. In addition, 23 of the units will be supported by a Massachusetts Rental Voucher Program rental subsidy contract. The AMI for Weymouth is $113,300 for a household of four.