Attleboro, MA – MassHousing  has closed on $17.2 million in affordable housing financing to the non-profit Preservation of Affordable Housing (POAH) for the acquisition and initial rehabilitation of three affordable housing communities in Attleboro.

POAH has been provided with $5.9 million for the 83-unit Hebronville Mill, and $11.3 million for the 144-unit combined Gardner I and II properties.  Plans are to complete a second, future transaction that will fully recapitalize the properties, allow for major renovations, and extend affordability for residents. 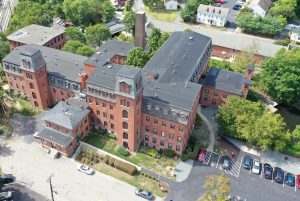 Hebronville Mill was converted to housing over 30 years ago.

Hebronville Mill is a six-building, 83-unit complex located at 988 Read St. in Attleboro. It was originally constructed in the 1850s as a cotton production facility. The mill was converted to housing in 1985, with townhome buildings added to the property in 1989.

There are one-, two-bedroom apartments and three-bedroom apartments. Forty apartments are restricted to residents earning at or below 80% of the area median income (AMI) – with 32 units being supported by the Massachusetts Rental Voucher Program – and 43 units are rented at market rates. The AMI for Attleboro is $87,000 for a household of four. 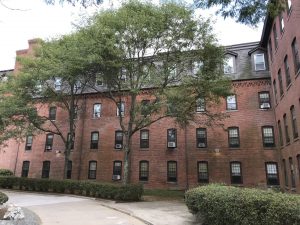 Gardner Terrace II is located at 169 Knight Ave. and is attached to Hebronville Mill. Its two buildings were constructed around 1850 as weaving mills and its one-bedroom apartments are supported by a federal Section 8 Housing Assistance Payment contract for lower-income households.

Gardner Terrace I is located in two buildings at 46 Pine St. near downtown Attleboro, and about four miles from Hebronville Mill and Gardner Terrace II. Originally built in the 1850s as jewelry factories, the buildings were converted to housing in 1984. All 92 one-bedroom apartments are also supported by a Section 8 HAP contract.