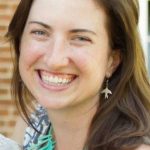 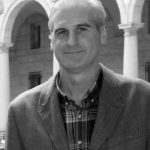 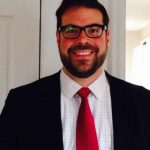 Haverhill, MA – MassDevelopment has hired three Transformative Development Initiative (TDI) Fellows who will work in Haverhill, Lynn, and Springfield to advance local redevelopment visions for their TDI Districts in Development. The TDI Fellows, who have experience in city planning, community partnership building, real estate, and economic development, will work in their host districts for three years in collaboration with local partnerships. The Fellows are Noah Koretz in Haverhill, Joseph Mulligan III in Lynn, and Laura Masulis in Springfield.

Haverhill, Lynn, and Springfield are three of the 10 Gateway Cities selected in December as the pilot TDI Districts in Development — along with Brockton, Holyoke, New Bedford, Peabody, Pittsfield, Revere, and Worcester. As a part of the program, each will receive a range of real estate development services to support local visions for redevelopment, and to catalyze and leverage investments and economic activities. Everett and Malden are receiving directed regional planning and implementation assistance to advance their districts’ TDI visions.

“MassDevelopment is thrilled to make these initial commitments of increased capacity to the Transformative Development Districts in Development, based on extensive conversations with each community about its development needs,” said MassDevelopment president and CEO Marty Jones. “Our team looks forward to working with each of the districts and to helping Noah Koretz, Laura Masulis, and Joseph Mulligan work with Haverhill, Lynn, and Springfield to achieve their distinct development visions.”

“As mayor of the city of Haverhill, I am thankful to MassDevelopment for this assistance and continued support for our activities. I am committed to furthering the transformative efforts under way in our downtown,” said Haverhill mayor James Fiorentini. “We are excited to have Noah Koretz join with our partnership and help us to accomplish our goals in downtown Haverhill.”

Noah Koretz previously served as the director of the North Suburban Consortium at the Malden Redevelopment Authority, where he managed federal HOME-funded affordable housing investment in eight communities, including several Gateway Cities. He formerly practiced commercial and real estate law in Boston and is a graduate of Cornell University with a law degree from The George Washington University and a master’s degree in city planning from MIT. In Haverhill, he will help to revitalize the city’s Merrimack Street Transformative District, which connects two ends of a vibrant downtown and which the city is developing as an attractive, safe, and diverse place to work, live, study, recreate, dine, and shop.

“The TDI Fellow will certainly enhance the city of Lynn’s economic development capacity, and we are excited to utilize his experience and expertise,” said Lynn mayor Judith Flanagan Kennedy. “Embedding him in the city shows a strong commitment from MassDevelopment, and we look forward to the collaboration, which will continue building upon the great work that our community has done in establishing the downtown as a vibrant arts destination and help generate the community activity necessary for The Downtown Lynn Cultural District to thrive.”

Joseph I. Mulligan III previously served as the city of Boston’s deputy director for capital construction under Mayor Thomas M. Menino. In Boston, Mulligan oversaw all planning, programming, design, and construction of capital-funded building projects, and spearheaded the city’s revitalization efforts in Roxbury’s Dudley Square. He previously worked as a real estate development consultant, and he has held staff positions with the Boston Economic Development & Industrial Corporation, the Boston Redevelopment Authority, and the Massachusetts House of Representatives. A graduate of the College of the Holy Cross, Mulligan also holds a B. Arch. from the Boston Architectural College and a master’s in public administration as a Public Service Fellow at Harvard University’s Kennedy School of Government. In Lynn, he will help to revitalize the city’s One Lynn District, which the city is developing as an attractive residential and unique arts-based retail and diverse restaurant scene for the region.

“With a history of innovation, Springfield is excited to continue that tradition with the establishment of our downtown innovation district,” said Springfield mayor Dominic J. Sarno. “We’re excited to continue our outstanding working partnership with MassDevelopment and look forward to advancing our Worthington Street plan with the help of Laura Masulis and these very important resources.”

Laura Masulis previously served as senior partnerships manager at Interise, a national not-for-profit committed to the revitalization of lower-income communities, where she cultivated and managed license partnerships with diverse entities across the county and managed extensive program evaluation activities for over 40 program sites. She has prior experience as a strategic consultant at Public Consulting Group, and she previously worked in microfinance in Bolivia, where she focused on improving the position of women in the business world. Masulis is a graduate of Wesleyan University and also has a certificate in nonprofit management and leadership from the Boston University School of Management. In Springfield, Masulis will help to revitalize the Springfield Innovation District, which the city is developing as a mixed use, vibrant, urban center for education, innovative thinking, entrepreneurship, arts, entertainment, and dining.

To match three TDI Districts with the first cohort of TDI Fellows, MassDevelopment considered which TDI Districts had demonstrated the most need for additional capacity to advance their redevelopment plans. After narrowing down the pool of Fellows applicants through multiple rounds of interviews the process culminated in a matching day in which the finalists met with representatives from Haverhill, Lynn, and Springfield organized to help candidates to learn more about the needs of the districts and for the cities to learn more about candidates’ skill sets.

The Fellows will begin work in late April, starting with an extensive orientation including a week at MassDevelopment and a week shadowing public, private, and nonprofit organizations involved in their host TDI District’s redevelopment planning.

As the Fellows begin work, all 10 of the TDI Districts will be signing Memoranda of Agreement with MassDevelopment regarding the initial assistance they will receive through TDI, and MassDevelopment is scheduling kickoff meetings with each district in May and June. The two additional Gateway Cities selected for regional planning services, Everett and Malden, will have an Urban Land Institute Technical Assistance Panel (ULI TAP) in June.

The 10 Districts in Development for the program’s pilot year were chosen from the 26 Gateway Cities’ submissions to the 2014 Call for Districts, in which all identified local collaborative partnerships, strategic district visions, and community engagement plans. Gateway Cities that were not designated this pilot year are eligible and encouraged to submit for future rounds. All 26 Gateway Cities, in addition to all Massachusetts cities and towns, will continue to receive and be eligible for typical MassDevelopment services.

TDI also provides resources for all Gateway Cities with cowork grants for innovative collaborative workspaces, and small placemaking grants of $1,000 to $10,000 for small-scale projects supportive of district visions to help build community identity while supporting improvement of public spaces — such as pocket parks, pop-up stores, community gardens, and farmers’ markets. The placemaking grant program will be launched in late April to the twenty-six Gateway Cities’ districts.

MassDevelopment, the state’s finance and development agency, works with businesses, nonprofits, financial institutions, and communities to stimulate economic growth across the Commonwealth. During FY2014, MassDevelopment financed or managed 314 projects generating investment of more than $2.9 billion in the Massachusetts economy. These projects are projected to create more than 6,300 jobs and build or rehabilitate more than 1,600 residential units.