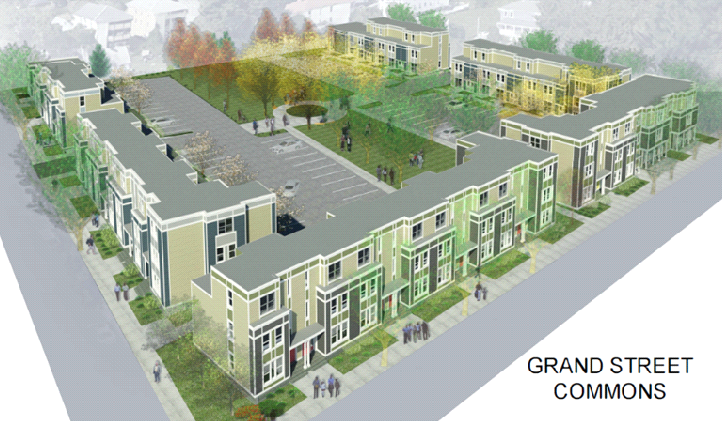 Worcester, MA – MassDevelopment has awarded $257,800 from the Brownfields Redevelopment Fund to the Main South Community Development Corporation (CDC), which is using proceeds to assess and remediate a vacant lot at 92 Grand Street in Worcester’s Main South neighborhood.

Main South CDC is building a mixed-use facility at the site, the Grand Street Commons, which will feature 48 units of mixed-income rental housing and ground-floor commercial and retail space. Forty-six of the new facility’s units will be rented to households earning no more than 60% of the area median income.

“Since its inception, the Brownfields Redevelopment Fund has delivered over $108 million in funding to support the cleanup of blighted and contaminated sites in Worcester and across the state,” said Housing and Economic Development Secretary Mike Kennealy, who serves as chair of MassDevelopment’s board of directors. “Today’s award will put a challenging site back into active use and enable the creation of 48 much-needed housing units.”

The lot at 92 Grand Street was once part of the industrial-era Crompton Knowles and Standard Foundry mill complex that lined the Grand Street area. The 90,000sf property has been vacant since 1960 when the site’s remaining residential buildings and industrial facilities were demolished.

The property subsequently served as a makeshift parking and container storage lot for adjacent businesses, and the Main South CDC purchased the site in 2018 with the goal to redevelop it. Soil samples were collected from the property during prior environmental assessment, showing contaminants such as arsenic, barium, lead, and naphthalene, which will need to be managed and removed during the construction phase of the project. Construction for the $18 million Grand Street Commons began in February.