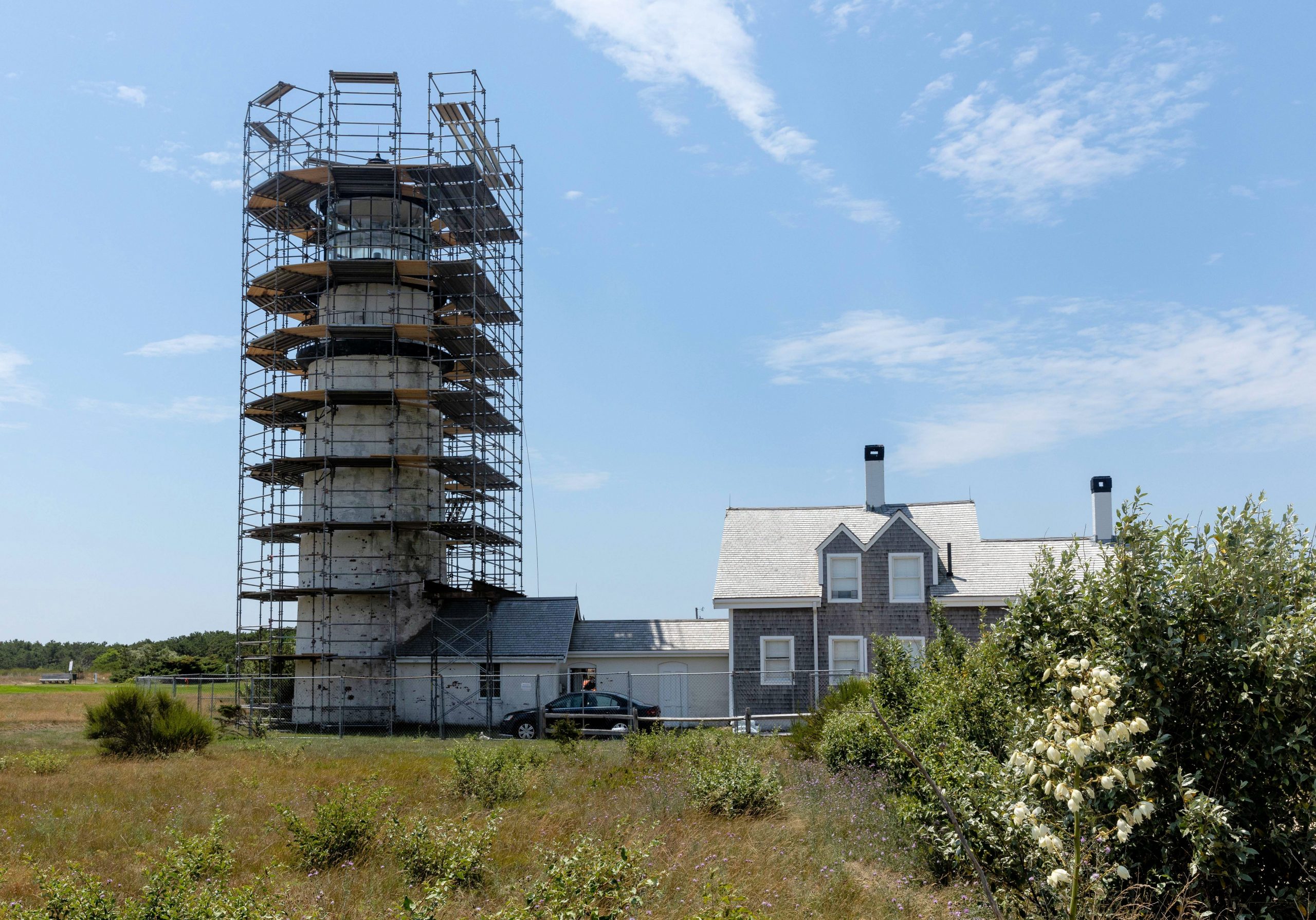 North Truro, MA – Highland Lighthouse in North Truro stands as the tallest and oldest lighthouse on Cape Cod. Originally built in 1797, it was rebuilt in 1831 and replaced in 1857. In 1996, the lighthouse was moved inland 453 feet to its current location due to water erosion concerns. Since then, the condition of the structure has deteriorated quickly due to excess moisture caused by changes made to the tower’s ventilation system when it was moved.

Presently, a major rehabilitation of Highland Lighthouse is underway by the Cape Cod National Seashore, which involves restoring the lighthouse tower’s ventilation system, masonry repair work, and recoating the facade. The intent is to make as few aesthetic changes as possible to maintain the structure’s historic integrity, according to Seashore superintendent, Brian Carlstrom. 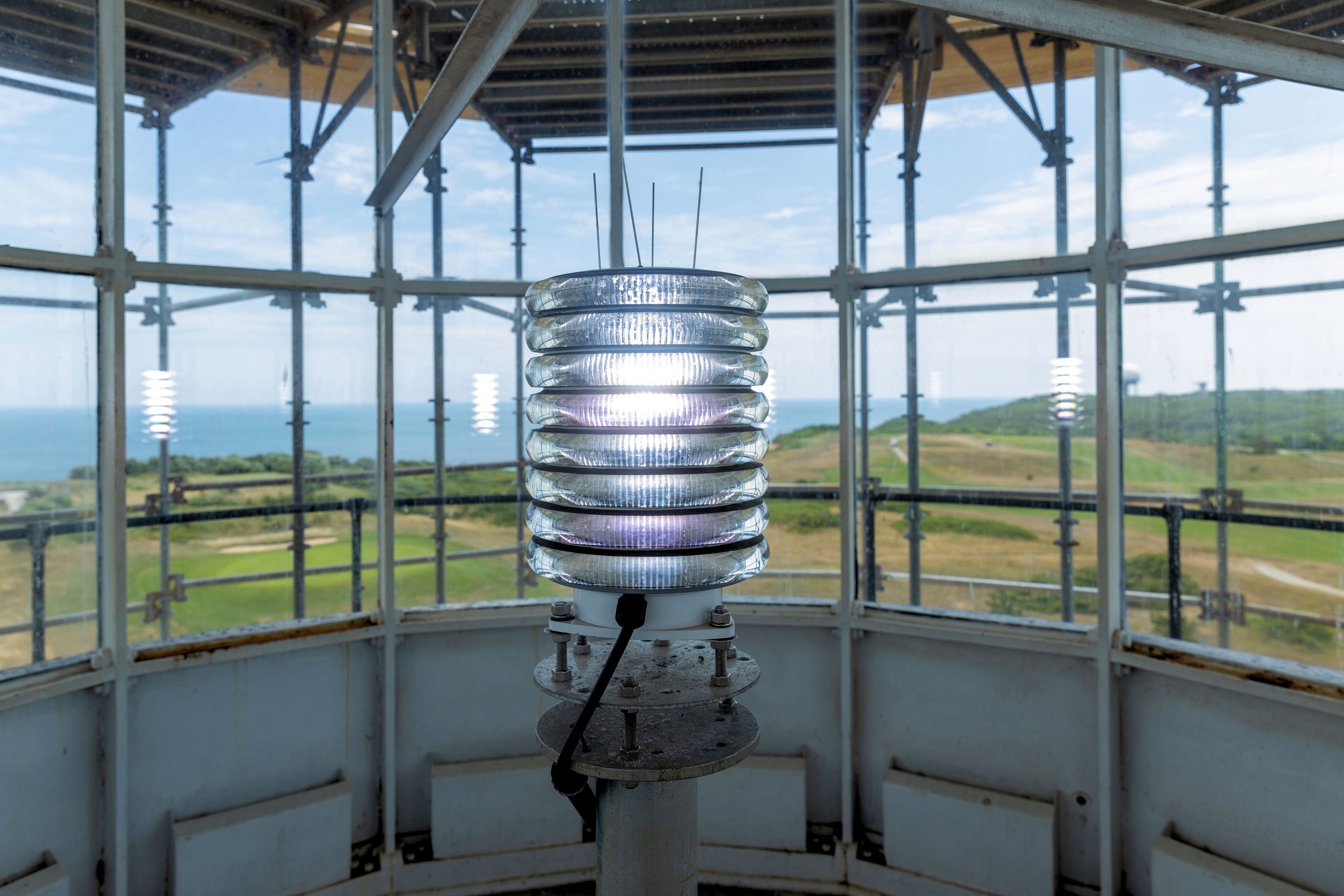 Plexiglass was installed onto the scaffolding at the beacon light level to avoid blocking access and visibility during construction.

Over two weeks in July, a small crew from Marr‘s Scaffold Division installed scaffolding at the lighthouse for Henry General Contractors, Inc. Marr built systems scaffolding 65 feet high, wrapping around the tower structure in a circular configuration. On one side of the tower, two 30-foot steel beams were installed to support the scaffolding over an attached roof that leads to the keeper’s shop.

Due to concerns of exposure to the elements in the unpredictable, coastal New England climate, scaffolding was erected with additional diagonals and internal bracing to withstand high winds. Additionally, crews enclosed the scaffolding with weather protection and installed eight-foot plexiglass onto the scaffolding at the beacon light level to avoid blocking access and visibility during construction. Just weeks later in August, a heavy windstorm blew through the area but the wrap held tight and withstood the wind.

The scaffold will be used to provide access for multiple trades through late fall.