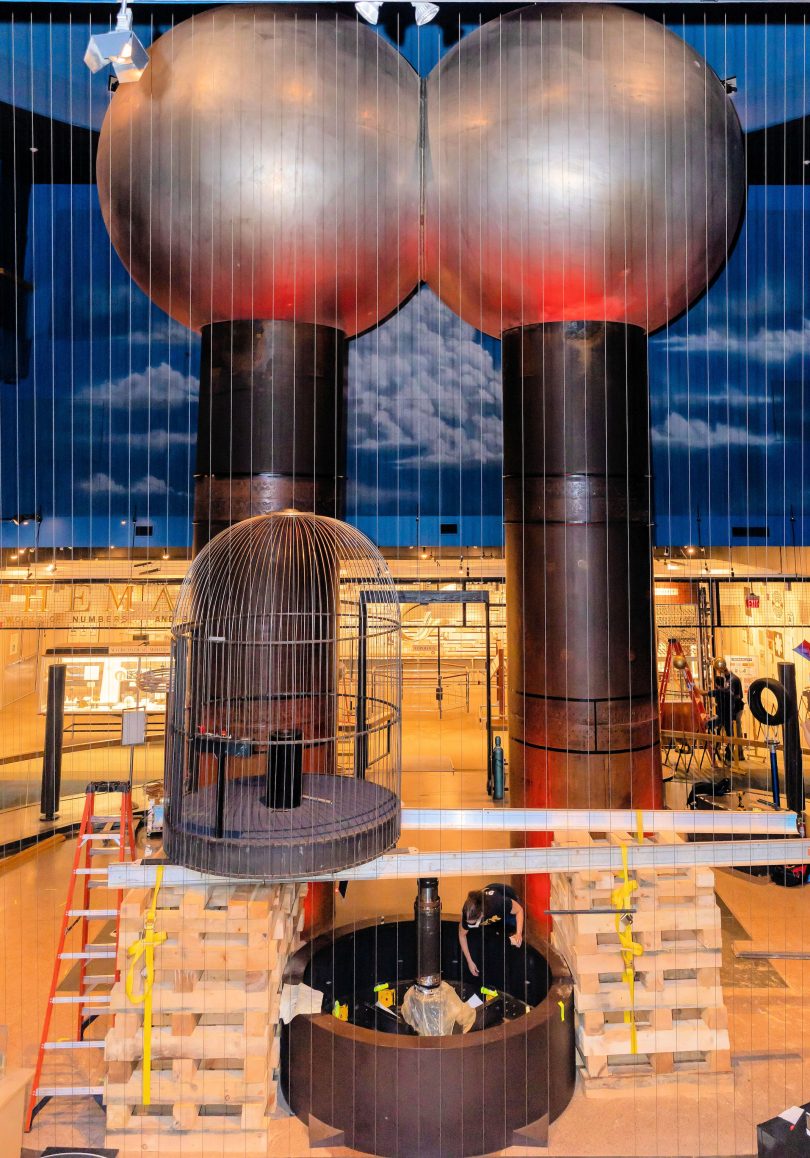 In the Theater of Electricity, Marr installed 66 inches of cribbing to support the bird cage during its temporary transfer under the Van de Graaff generator.

Boston – In early August, the rigging division of Marr Crane & Rigging (MC&R) got behind-the-scenes into the world of electricity at the Museum of Science in Boston.

Contracted by the museum directly, MC&R worked for two days in the Theater of Electricity, rigging a 1,500-pound metal bird cage, which is used during live presentations, so the hydraulic piston and shaft that elevates the cage could be replaced.

MC&R installed 66 inches of cribbing and 20-foot-long metal beams on each side of the 9-foot tall cage to temporarily lift it up and slide it to one side. The rigging crew used furniture pads in between the cage and beams to glide it more easily to the side and gain access to the hydraulic equipment.

After U.S. Hydraulics – of Manchester, N. H. – drained the hydraulic fluid from a drum, crews removed the old equipment from underneath the stage and lowered in the new equipment using a gantry crane with a 12-foot beam.

Marr returned the bird cage to its original position once the equipment replacement was complete.