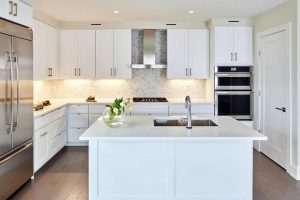 Located in City Point, South Boston, which was previously occupied by a 1930s single family home, the new Residences comprise a total of 10 condominiums distributed across two “sister mansions,” each composed of five units. Units are 900sf to 3,000sf ,with one two-bedroom, one four-bedroom, and eight three-bedroom condos.

David Goldman and Dennis Kanin, both from New Boston Ventures, collaborated with members of the City Point neighborhood and complied with their requests in retaining the historic aesthetic of the neighborhood.