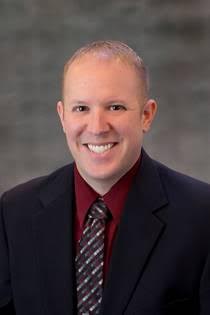 Cambridge, MA – June 4, 2015 – Bruner/Cott & Associates recently completed the 74,000-square-foot Lunder Arts Center at Lesley University in Cambridge, MA. Sited along Massachusetts Avenue, the building is a bold new statement for the university and its College of Art and Design. It anchors a newarts district in one of the city’s urban hubs, Porter Square.

Bruner/Cott’s design for the Center links a historic c.1845 church with a new structure. It creates a dialogue between two buildings a century and a half apart—between nineteenth- and twenty-first century architecture. The North Prospect Congregational Church, listed on the National Register of Historic Places, was initially moved from Harvard Square to a corner site in Porter Square in 1867 and decommissioned in 2006. Bruner/Cott’s design moved it again, to the front of the lot in a more prominent position on the site. The historic exterior has been restored to its original appearance, and the interior has been reworked and converted to house the school’s art library and design studios.

A three-story glass entry commons links the reimagined church structure to a new four-story terra cotta and glass building on the former church site, opening a dynamic window into Lesley’s arts community. The new building is informed by the church’s scale and detail, and its terra cotta elements harmonize with the neighborhood’s brick and clapboard context. The transparent ground floor entrance and gallery add vibrancy to the streetscape.

“An exemplary project for our firm, the Lunder Arts Center demonstrates the transformative power of the arts,” says Founding Principal Simeon Bruner. “Attracting the academic, artistic, and area communities alike, it is a visible symbol of the convergence of past and present in a dialogue that is catalyzing a newly vibrant area of the city.” In a congratulatory letter to the university, U.S. Senator Elizabeth Warren reflected: “The new building is a shining manifestation of Lesley University’s commitment to education and the arts. It will be at the heart of artistic life in the Porter Square area.