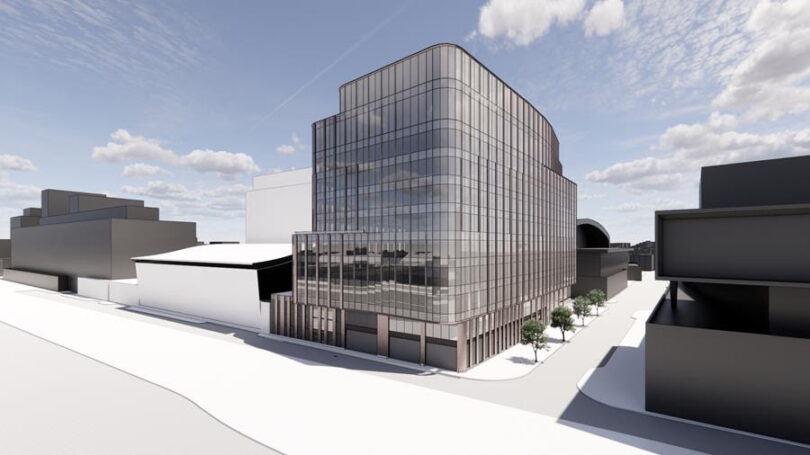 Boston – SGA has been retained by two global real estate developers, Lendlease and Ivanhoé Cambridge, to design a new Life Sciences building at 60 Guest Street in Boston Landing, in Allston/Brighton.

For the project, a proposed nine-story structure that will offer 320,000sf of state-of-the-art lab and office space, SGA has designed a building visible from the Mass. Turnpike.

SGA Partner and Director of Architecture John Sullivan, AIA, explains: “The exterior will feature curvilinear forms intended to give the building a sculpted look. It’s been designed with a reflective high-performance facade that is visually responsive to both the surrounding neighborhood and the nearby Mass Pike.”

Furthermore, Sullivan says, the planned building will be highly sustainable and have an amenities program, along with parking and outdoor spaces. 60 Guest will be an addition to both the mixed-use neighborhood of Boston Landing and to Allston/Brighton’s emerging Life Sciences cluster.