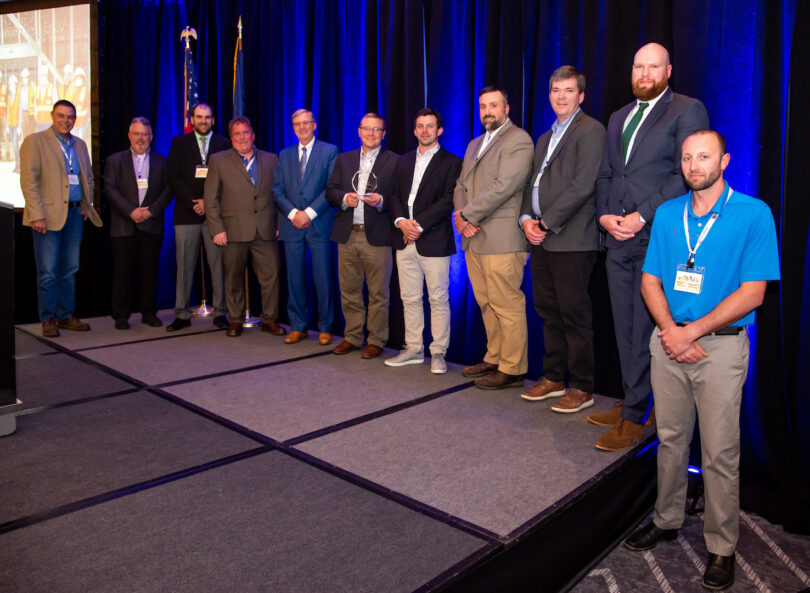 Landry/French won Overall Project of the Year in the 2021 Build Maine Awards Competition.

Sponsored by the Associated General Contractors (AGC) of Maine, the award was presented at AGC’s annual event at the Portland Sheraton at Sable Oaks on May 12. This is Landry/French’s fourth AGC Build Maine award.

Landry/French received the top award for the lighting-speed renovation of a 145,000sf Olympia Sports Distribution Center into manufacturing space so that Abbott could ramp up its production of COVID-19 test kits. In a record 60 days, Landry/French renovated 50,000sf, with nearly 30,000 additional square feet completed 30 days later. The project was designed by SMRT and construction included over 200 subcontractors on the busiest days.

The unprecedented urgency of the project required co-locating team members on site, including the architects and engineers. Despite the fast-track nature of the project during a pandemic, the project was delivered as promised and with 306,000 work hours with zero lost time accidents.

The project received the award based on the five categories: contribution to community, innovation in construction techniques or materials, meeting the challenges of a difficult job, environmental sensitivity, and responsiveness to client needs/satisfaction.

The team likened the process to “building the plane as we were flying it.” In order to keep the project progressing forward, the Maine Turnpike Authority authorized the transport of oversized loads of trusses over the Memorial Day holiday weekend, making this the first time in MTA history that oversized loads were permitted.