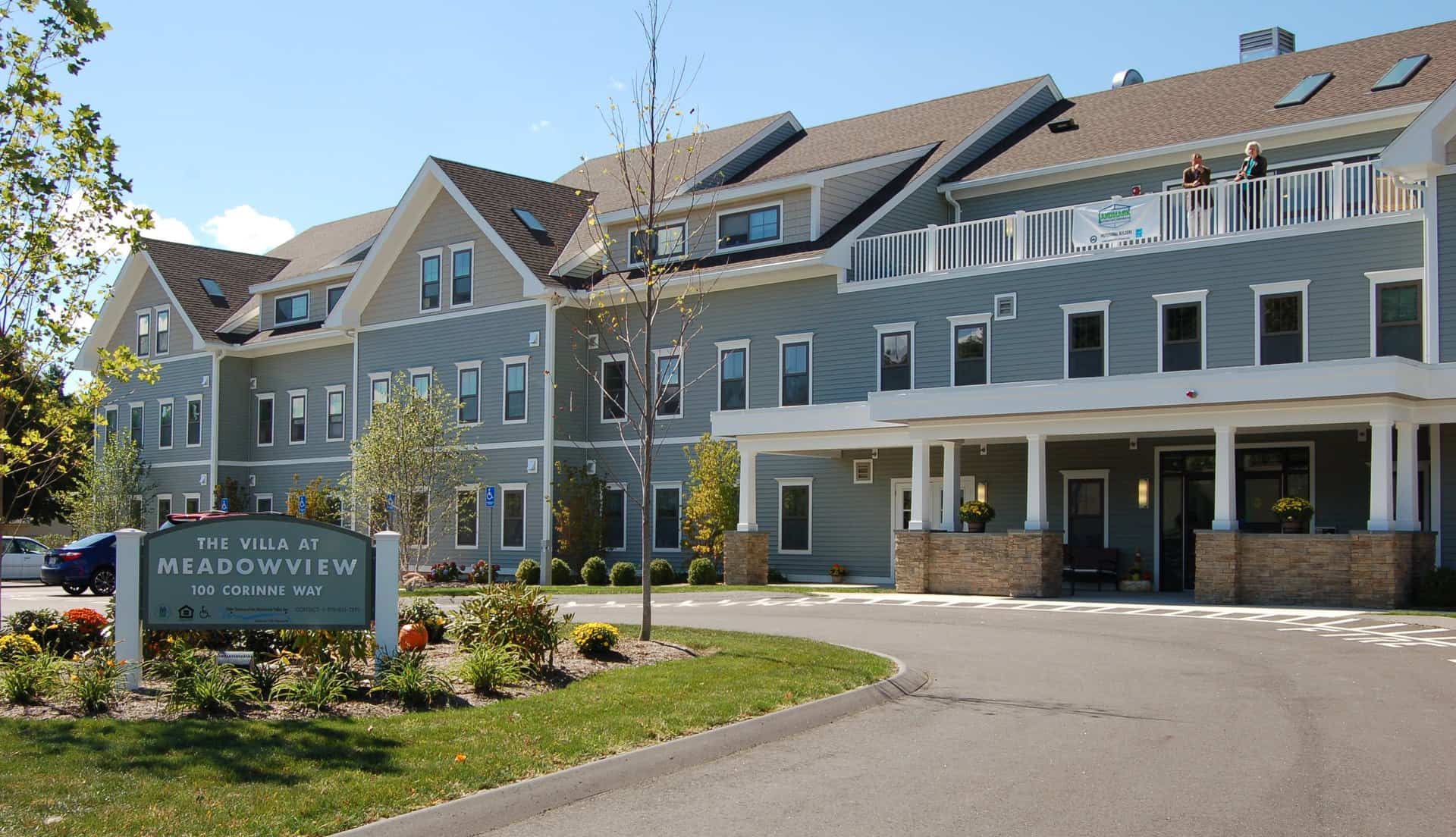 Exterior of The Villa at MeadowView

Woburn and Tewksbury, MA – Landmark Structures Corporation, a full-service general contracting and construction management firm, recently saw one of its projects through to fruition with a ribbon-cutting ceremony held at The Villa at MeadowView, in Tewksbury.

Landmark had served as general contractor on the project. Although construction began in June 2013, planning started in 2008. In that interim, Landmark Structures worked on value-engineering to bring the project cost within budget, enabling the project to go forward. According to Tewksbury Housing Authority Director Melissa Maniscalco, The Villa at MeadowView is the first new senior housing complex to open in Tewksbury since the early 1980s.

The new building includes 32 one-bedroom units, two of which are handicap accessible, a lounge, dining room, craft room, library, laundry facilities, outdoor patio, and roof deck. The project totaled $6.1 million, with the majority of the funding coming from the U.S. Department of Housing and Urban Development. Sheila Galicki represented the Boston-Regional HUD office. The town of Tewksbury contributed the remaining money from the Tewksbury Local Housing Partnership and the Community Preservation Committee.

William J. Glasser, chief executive officer of Landmark Structures, said, “We are pleased to have been the general contractor on such an important building for the town and the region.” He added, “Affordable senior housing is such an important component in our society. The Villa at MeadowView is an important step toward addressing that need in our region.”

The project was spearheaded by the Elder Services of the Merrimack Valley, led by executive director Rosanne DiStefano, and supported through a number of initiatives including the town’s Community Preservation Act fund.

“It’s helping to minimize some wait times. Our wait list is regularly five to seven years, but this drops it down to three to five,” said Tewksbury Housing Authority Director Melissa Maniscalco. “It gives people more opportunities to get into housing sooner.”

Rosanne DiStefano thanked all the partners who contributed to the building’s design, construction, and completion. She commended Landmark Structures, along with the design team of Davis Square Architects and members of the Tewksbury Housing Authority and Planning Board. “It takes a village to build a village,” she said. She continued, “It was a construction team that was a pleasure to work with.”