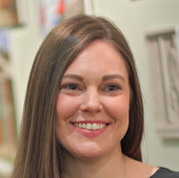 Svigals + Partners has announced that firm Associate Alana Konefal, AIA has been named president elect of the Connecticut Building Congress.

Her new role with the Connecticut Building Congress reflects Konefal’s ability to work beyond traditionally defined roles in the architecture field and to build bridges between project team members and also the communities they serve.

Konefal began her career with Svigals + Associates as an intern in 2006 and now is an associate, and most recently oversaw extensive renovations of Barnard Hall at Central Connecticut State University and the regional expansion of Biohaven Pharmaceuticals in Yardley, Pa.