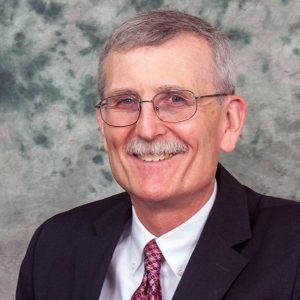 West Newton, MA – The National Electrical Contractors  Association (NECA) Boston Chapter announced that executive manager Glenn Kingsbury has retired from his current position effective May 31, a position he has held since 1997. He will continue to serve the association as an advisor.

Kristen Gowin, the chapter’s current assistant manager, will succeed Kingsbury as executive manager. Gowin served as NECA Boston Chapter’s assistant manager since 2014. She formerly was the director of government affairs for the National Electrical Contractors Association in Washington D.C., working to advance the legislative interests and agenda of NECA members. 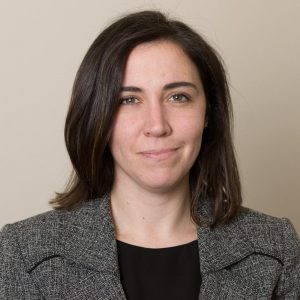 Of her new management role, Gowin said, “I am privileged to have had Glenn Kingsbury as a mentor over the past five years, and hope to follow his lead in fostering strong labor-management relationships with the IBEW and working for the benefit of the union electrical contractors and the industry in Greater Boston, New Hampshire, and Maine.”

Prior to becoming NECA Boston’s executive manager, Kingsbury served as the chapter’s assistant manager since 1980. Throughout his four-decade career, he has been a leading voice for the union electrical industry in Greater Boston and Eastern New England. He served as a trustee of the IBEW Local 103 Health and Pension Benefit Fund for 15 years and as chairman of the New England Electrical Workers Health Benefit Fund for more than 10 years.

”It has been an honor and privilege to serve the NECA Boston Chapter as executive manager, both on a professional and personal level,” said Kingsbury.

His career was highlighted by many industry achievements and honors. In 2016, Kingsbury was inducted into NECA’s Academy of Electrical Contracting. The academy honors outstanding leaders in electrical construction and utilizes their expertise to help plan and direct the future of the industry.

In 2016, he was also the recipient of The Labor Guild’s Cushing-Gavin Award for Management. In 2014, he was elected chairman of the NECA Association Executive Institute and received the NECA Distinguished Service Award for Executives in 2008.

“I am proud to have worked closely with the many leaders in the union electrical construction industry in our commitment to build a bright future for the communities of Greater Boston and Eastern New England.  The trust and collaborative support of our chapter members, as well as that of our labor partners at IBEW, have been keys to the growth of the industry. Through our collective focus on training and education, the future of the electrical industry will continue to be bright as we work together through and beyond the current coronavirus pandemic. On a personal level, I’ve also been fortunate to build deep friendships with so many colleagues over the years,”  Kingsbury said.

NECA Boston Chapter president, Alan Scharfe, said, “Glenn Kingsbury represented NECA Boston with great dedication, knowledge, and keen insight throughout his career. His leadership has been instrumental to the vibrant growth of our organization and of the union electrical industry in New England. We will look forward to his continued role as an advisor. And we are pleased to have Kristen Gowin succeed Glenn in managing NECA Boston and helping lead the region’s electrical industry into the future. Over the past five years, as assistant manager, Kristen has exhibited great management skills, and among many other contributions, has expanded our organization’s training and educational programs, including her leadership in helping establish and lead NECA Boston’s Wentworth Student Chapter as well as her successful new membership outreach efforts.”