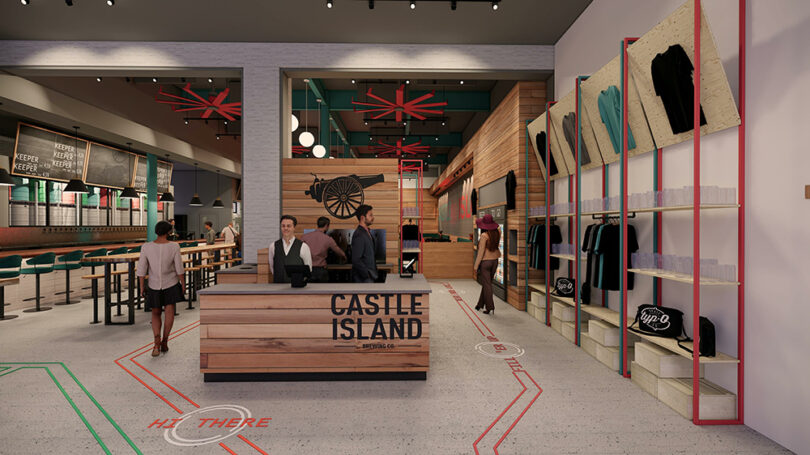 Boston – Kaplan Construction, a WBE general contractor and construction management firm providing comprehensive building programs across Greater Boston, announced that it has been hired by Castle Island Brewing Company to perform a 9,500sf fit out at 10 Old Colony Avenue in South Boston to house a craft brewery, slated to open this summer. 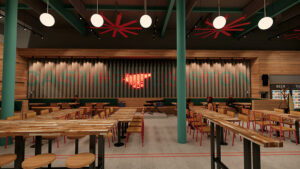 Castle Island Brewing is the 10th largest brewery in Massachusetts in a ranking by total 2020 beer production, according to the Boston Business Journal. Located within an existing industrial building, the South Boston location will feature a 4,000sf main tasting room with seating for 220 people, a retail area, and a 1,900sf private event space which can accommodate up to 140 people. A quarter of Castle Island’s new space will be reserved for the brewing operations, including a brewhouse and seven 10-barrel tanks. A large focal wall will be made from wood and metal and feature the Castle Island Brewing Company logo.

The building is a turn-of-the-century high-bay manufacturing space with 15-to-18-foot ceiling heights, industrial beams, and exposed concrete. Kaplan will cut out a section of the existing exterior wall and install a new overhead door to create a seamless indoor/outdoor experience and maximize natural light. In addition to removing a series of interior overhead doors, Kaplan will demolish existing walls at the front of the building to make room for tap room seating and new bathrooms. Two existing glass garage doors will remain to provide access to an outdoor patio for brewery patrons.

At the start of construction, Kaplan uncovered several unanticipated existing conditions in the century-old building including numerous underground obstructions, such as abandoned concrete structures, construction debris from past projects, and layers of old concrete slabs; and deterioration of the original bathroom plumbing, requiring a full replacement.

National Development, along with AEW Capital Management on behalf of one of its funds, acquired the property bordered by Old Colony Ave., West Seventh Street and D Street in 2019 from the former owners of the Cole Hersee Company. National Development will undertake base building improvements to the former industrial buildings to repurpose them to retail ready. The redevelopment of Cole Hersee will provide space for an additional eight to ten restaurant and retail operators in a new ground floor.

In 2015 Kaplan converted an existing warehouse at 31 Astor Avenue in Norwood, Mass. for Castle Island’s first brewery. In 2017, Kaplan was hired again to expand their production area and build out a taproom at their flagship location.

“It is a pleasure to be working with Kaplan again,” said Adam Romanow, founder and president of Castle Island Brewing Company. “They were instrumental in helping us build our first brewery and they were the natural choice once we decided to open a second location. No matter what pops up during construction, their staff finds a way to make it work.”