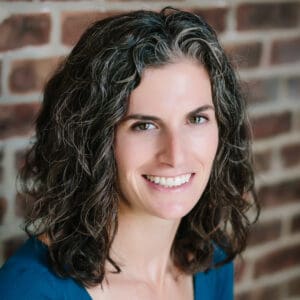 Boston – Kaplan Construction, a WBE general contractor and construction management firm providing comprehensive building programs across Greater Boston, announced that it has been named to the list of Top 100 Women-Led Businesses in Massachusetts by The Commonwealth Institute (TCI) for the sixth year in a row.

Finalists were honored during a virtual event on Nov. 6 and Kaplan ranked number 67. This is the 20th year TCI has recognized women-led businesses in Massachusetts and the list will be published in the Women & Power issue of The Boston Globe Magazine on Nov. 8.

TCI was founded in 1997 to help women-led businesses in Massachusetts become and stay successful.

“We are honored to be once again acknowledged as a top woman-led business and congratulate the other women and companies recognized at this year’s awards breakfast,” said Jane Kaplan Peck, majority owner and chief operating officer (COO) at Kaplan. “According to the Bureau of Labor Statistics, women working in construction make up 1.5% of the entire U.S. workforce. We are proud that two-thirds of our project managers are women. I feel it is essential to our firm’s future to recruit, train, and mentor women in the field of construction.”

In October 2014, one of Kaplan Peck’s first undertakings as newly appointed COO was spearheading the effort to be certified as a Women Business Enterprise (WBE) by the Commonwealth of Massachusetts. WBEs are entities that are at least 51% owned and/or controlled by women. Kaplan also frequently performs on projects requiring Boston Resident Jobs Policy (BRJP) compliance and has employed a significant number of women and minority-owned subcontractors in doing so.

TCI’s membership includes CEOs, senior corporate executives, entrepreneurs, executive directors of nonprofits and solo professionals who are committed to building successful businesses, organizations, and careers. Since 2002, TCI has created a list of the Top 100 Women-Led Businesses to highlight the achievements of these women throughout the state. Past honorees have come from fields ranging from biotechnology to architecture to retail, illustrating the diversity of women-led organizations across the Commonwealth.

In 2019 Jane was named a Women of Finance, Insurance, and Real Estate (FIRE) by Banking New England magazine. In 2018 she was chosen as Emerging Leader of the Year by the Associated General Contractors Massachusetts Chapter (AGC MA) in its first ever BWiC Inspire Awards, and in 2016 Jane was recognized as an Outstanding Woman of Family Business by The Warren Group. Both Jane and Senior Project Manager Rachael Montosi have been selected as Women in Construction by the editorial board at Constructech Magazine.

Kaplan’s services include preconstruction, general contracting, construction management, and design/build. Recent projects include Tremont on the Common in Boston, Horizons for Homeless Children in Roxbury, Holyoke Farms in Holyoke, and renovations to Boston University’s Case Athletic Center and Children’s Center.