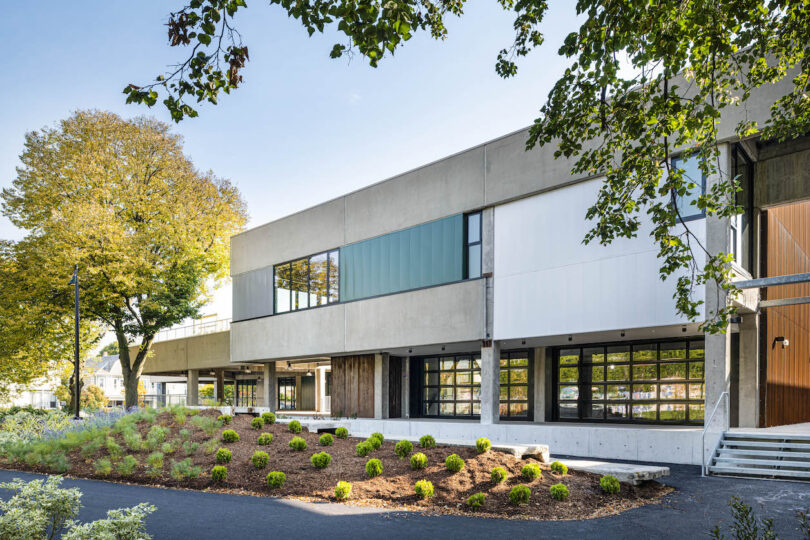 Located at 1060 Broadway, CALA is an inclusive, intergenerational urban village with 48 residences and accessible green space. In 2017, Kaplan was hired to provide preconstruction and construction management services and worked closely with the architect, co-owner, and developer, Sebastian Mariscal Studio, to create a campus-style environment. 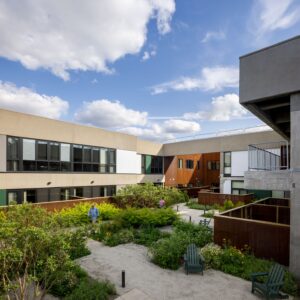 The 91,000sf building sits on a compact two-acre parcel. The residential units include 55+ senior living and artist live/work units, with 20% of the units designated as affordable. Five commercial properties spanning over 23,000sf feature office space.

A public park adds a half-acre of usable green space for the residents of Somerville. Designed and constructed in partnership with the city, the park features the restoration of a vital neighborhood path, the city’s first public bike repair station, and a significant number of native plants, including 16 new trees.

As with many adaptive reuses, the principal challenge of the project was born from repurposing an old building for viable new use. Over a three-year period, the fortress-like concrete building, originally built in 1973, was transformed into an open framework with over 50% of new construction incorporating outdoor space. Major structural upgrades, like additional shear walls and column reinforcing, were performed to meet modern building and seismic code. Of the many structural changes made, the most notable was the relocation and elevation of the existing central courtyard throughout the first floor of the building. The reconfiguration freed up space for a resident garage while allowing the new, elevated courtyard to enjoy increased light and ventilation. The extensive modifications to the building inverted many of the core elements of the existing structure, creating significant waterproofing challenges that the team had to overcome. 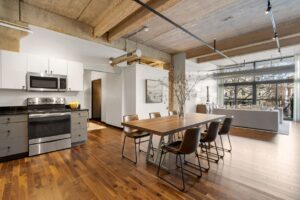 The project achieves 29 of the 39 goals set by SomerVision, the city’s 20-year plan for evolution into a model for urban planning, smart growth, open space, public transit, sustainability, diversity, artistry, and community.

“CALA is a successful case study of how the owner, architect, and contractor had to collaboratively work together in re-using the structural system of the building and ensuring its design intent stays cohesive throughout the space,” said Sebastian Mariscal, principal of Sebastian Mariscal Studio and the co-owner/developer of CALA. “Kaplan played a key role in respecting our vision, executing our design intent, and working with us as owners and architects of the project. CALA would not have been possible without Kaplan’s dedication, commitment, and enthusiasm to take on the challenge of this project.”