Marc Perras, AIA has been promoted to the role of associate principal. He joined Jones Architecture in 2015. He brings more than 20 years of experience in higher education and cultural institutions as well as commercial and residential clients at a range of scales, and has managed a number of Jones’ most high-profile projects.

Greg Burchard, AIA, LEED AP BD+C has also been promoted to the role of associate principal. With more than 30 years of experience designing for higher education, he joined the firm in 2016. Burchard is responsible for the full scope of architectural services: design and production, client communications, coordination with consultants, and looking after the financial health of the job.

Sam Clement, LEED GA has been promoted to senior associate. As Jones’ longest tenured employee, he joined the team in 2011. His focus has been higher education classroom, library, student life, and administrative space renovations, often infused with a high level of technology.

Sarah Tarbet, AIA is now a senior associate at Jones. She brings nearly 10 years of experience working primarily for higher education and institutional clients designing a multitude of project types. An architect, interior designer and project manager, she has expertise in creating designs that facilitate learning, communication, and community interaction.

Also promoted to senior associate is Dan Ollila. For the past eight years, he has managed over 40 small projects at Northeastern University varying in types that include classroom, library, laboratory, administrative, and public spaces. He has most recently been managing multiple projects at UMass Amherst for its athletics program. 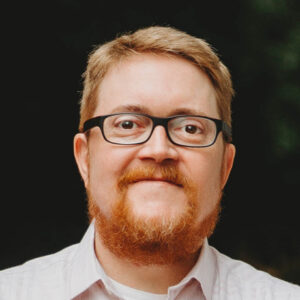 Christian Strom and Bill Jacob, AIA have been named associate. Strom joined Jones Architecture in 2014 with 10 years of prior experience working in construction and architecture in Norway and the United States. His recent work at Jones includes projects at MIT, Salem State University, Quinsigamond Community College, and Boston Trinity Academy.

Jacob has been with Jones Architecture since 2017. He has managed projects for UMass Lowell, Northeastern University’s Boston campus and Innovation Campus Burlington Massachusetts (ICBM), and Olin College of Engineering, among others. Representatives of the firm say he has been instrumental in repurposing old spaces for new functionality for Jones’ adaptive rehabilitation projects.