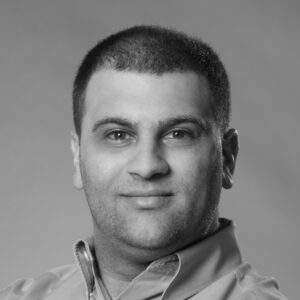 Lynnfield, MA – JM Electrical Company, Inc. announced that Andrew Guarracino, a second-generation member of the family-owned electrical contracting firm, has been promoted to the position of project manager.

In his new role, Guarracino is responsible for estimating, negotiating, and managing diverse electrical construction projects throughout the Greater Boston area.

Guarracino, who joined JM Electrical in 2006, is a graduate of the Local 103 Apprenticeship program. He now holds Master Electrician Licenses in Massachusetts, New Hampshire, Rhode Island, and Vermont.

Prior to his promotion, Guarracino served as an assistant project manager with the firm. For 12 years, he worked on major projects before transitioning from the field to the company’s headquarters.

“In the 15 years since he became part of the JM Electrical team, Andrew has demonstrated his commitment to his colleagues and clients,” said Frank Kelly, project executive. “Andrew brings exceptional skills and tremendous experience to his new position. A dedicated and talented member of our team in his own right, Andrew contributes ideas and insights to every project he undertakes. Our entire team joins me in congratulating Andrew on his well-earned promotion.”

Guarracino is an active member of the Massachusetts Building Congress and the National Electrical Contractors Association and is OSHA 30 Certified.