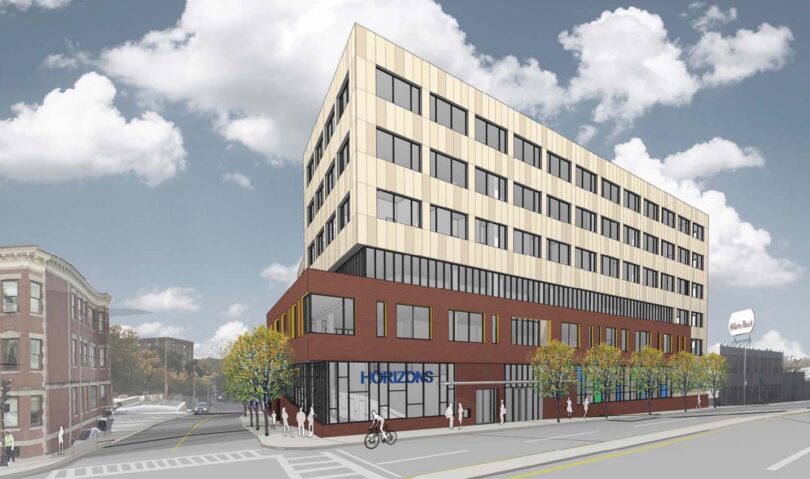 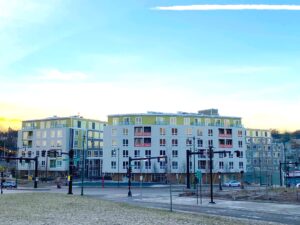 The Residences at Forest Hills / Photo by Andrew Horvitz

“Prefabrication was critical to meeting the project schedule and budget,” Booker said.  “All wiring and devices for the residential units were prefabricated in J&M Brown’s prefab facility.”

JMB was able to complete the 20-month phased project as scheduled on November 1, 2020 despite COVID-19 construction delays and stringent safety requirements throughout peak construction. The development is designed to achieve LEED Silver sustainability certification.

The architect for the project was Embarc Studio of Boston; Commodore Builders of Waltham was the general contractor, and Watermark Development of Jamaica Plain was the developer. The project was completed in September 2020.

J&M Brown is celebrating its 100th year of operation, having been an integral part of the Jamaica Plain community since the company was founded, a century ago, in 1921.