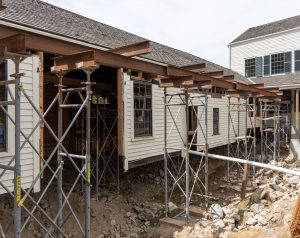 Isaac Blair installed needle shoring at this historic building in Weston, Mass., for the replacement of its field stone foundation.

With restaurant dining a novelty these days, Marr’s specialty shoring company, Isaac Blair, has had an opportunity recently to work at two dining/lodging establishments in Weston, Mass. and Salem, N.H.

Beginning in March, Isaac Blair was contracted by MOCCO Construction to install shoring for the renovation of a historic building in downtown Weston. Constructed in 1790, the building served as a hotel with an attached barn. Currently, the town of Weston owns and operates the building with plans to convert it into a saloon and restaurant with possible lodging space. Isaac Blair shored several walls on the first floor, as well as an outside porch, to allow for the replacement of an old field stone foundation. The ground beneath the foundation was largely comprised of massive boulders which had to be split and broken down for removal.

Additionally, Isaac Blair installed needle shoring for the replacement of bearing columns in the basement. The needle shoring will remain in place until the foundation is filled later this summer, with more shoring to be installed as the second phase of construction gets underway.  A new addition to the building is planned for late summer/early fall. 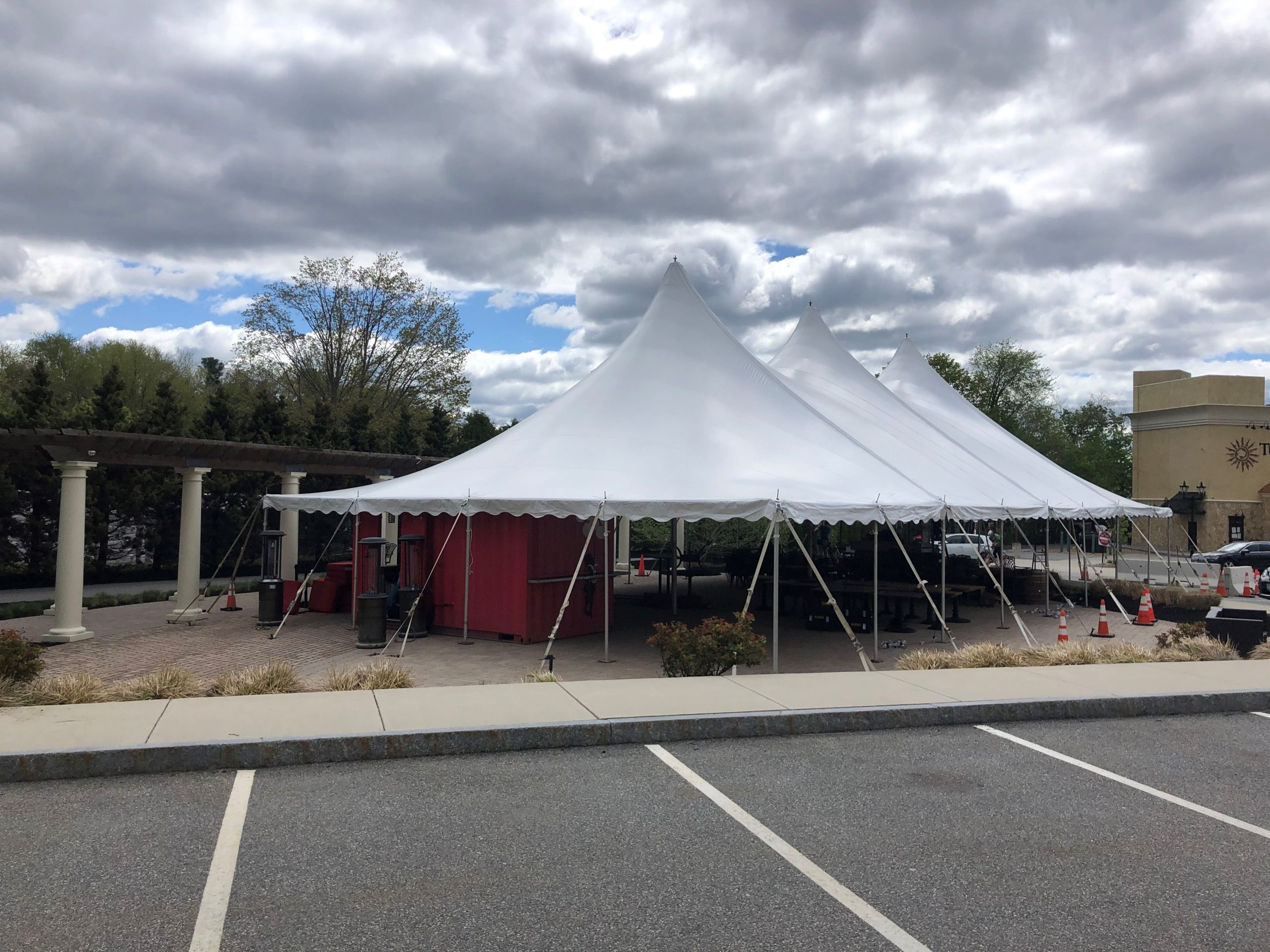 Isaac Blair transferred a portable bar from the South End, Boston, to Salem, N.H. for outdoor dining at Tuscan Market.

Fast forward to the days before the Memorial Day holiday, the unofficial kick-off to summer, when Isaac Blair was contracted by Knox Building Company to transfer an over two-ton container from Cinquecento, an Italian restaurant in Boston’s South End, to Tuscan Market, located in Salem, N.H. A water main break in April flooded Harrison Avenue, forcing Cinquecento to close for repair.

With the health of patrons being a top concern and with an impending reopening, Salem’s Tuscan Market purchased a portable bar from Cinquecento. The portable bar, originally built in a ship’s container, allows the restaurant to serve customers conveniently outside while providing ample room for social distancing per safety guidelines. Marr Crane & Rigging provided a crane and a tractor trailer to safely transfer the container. The container was offloaded by crane to an outdoor area under a large tent, which is functioning as restaurant space now open for business.