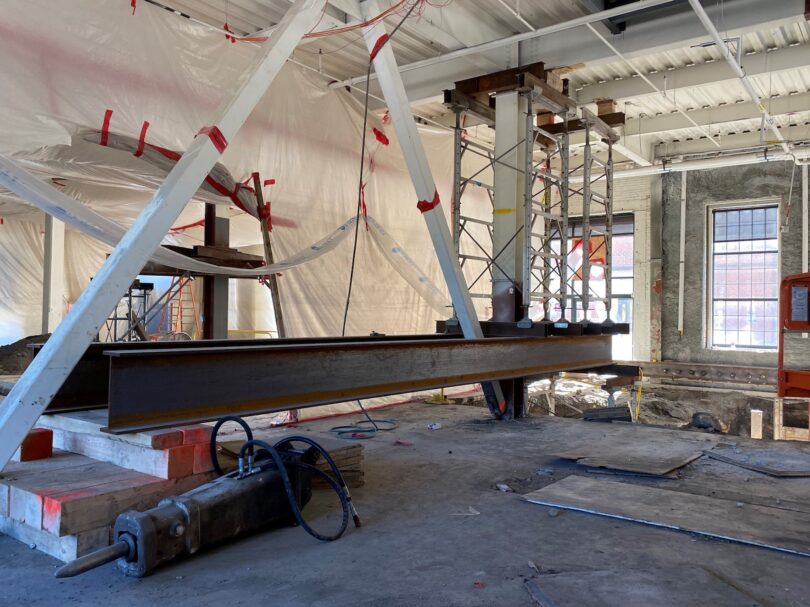 Inside an old mansion at the Watertown Arsenal, Isaac Blair shored two 50-ton columns so that asbestos found beneath and around the footings could be safely removed.

Watertown, MA – The Watertown Arsenal was first established in 1816 by the U.S. Army in Watertown. It was the first major engineering testing laboratory in America, created for a variety of war-related activities including storing and manufacturing cutting-edge military technology and weaponry. Arsenal functions shut down in 1968 and the U.S. Army ceased operations there in 1995.

Today, the 40-acre site is home to the Arsenal Mall, a park, restaurants, and many offices. A three-story, 12,700sf brick structure on the property is listed on the U.S.’s National Register of Historic Places; during the Civil War, the mansion served as the largest Commanding Officer’s Quarters in the U.S. Army, home to Captain Thomas J. Rodman, and is currently undergoing renovation to prepare for new tenants. 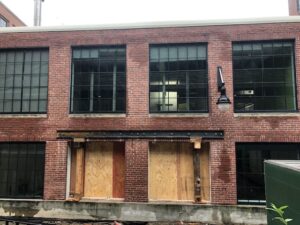 On the Arsenal’s 40-acre site, Isaac Blair worked on an adjacent building to shore a 10-foot-high by 20-foot-wide opening for the installation of a new natural gas generator.

Earlier this fall, Isaac Blair was contracted by A-1 Concrete Leveling to support two of the mansion’s structural columns because newly discovered asbestos, found beneath and around the footings, had to be removed. Isaac Blair worked with engineers of record Simpson Gumpertz & Heger (SG&H) to install a specialized shoring system to support the 50-ton columns, using 30-foot long steel beams and shoring towers. By design, the length of the beams allowed the column weight to be supported and distributed over a distance, permitting A-1 Concrete to access a greater amount of surface area to remove the contaminants at one time.

On an adjacent building at the same location, Isaac Blair shored a 10-foot-high by 20-foot-wide opening for the installation of an 8-foot x 8-foot natural gas generator. To accomplish this, Isaac Blair installed a 20-foot-long steel beam along the top of the opening supported by 8-foot timbers on either side. In both locations, the shoring remained in place for approximately one month as work was completed.