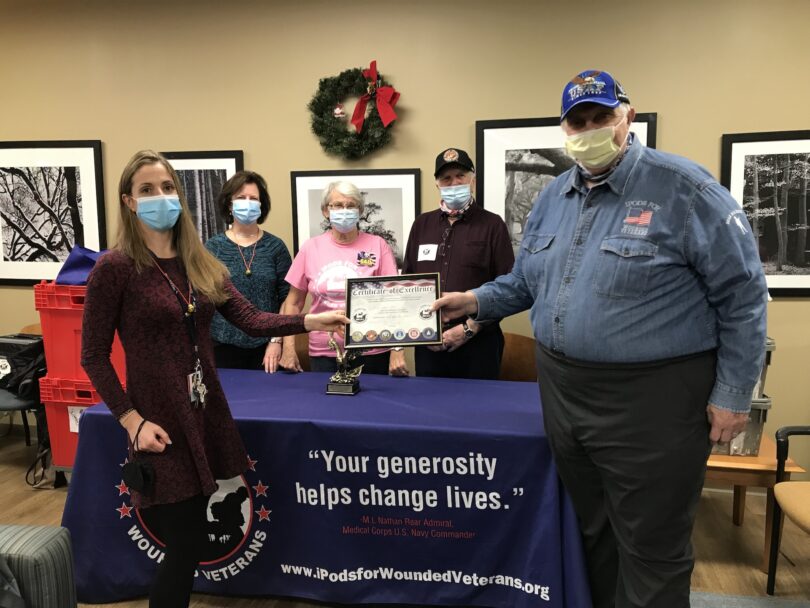 Wilmington, MA – The Peabody Companies announced that Senior Resident Services Manager Jacquie Cope, LICSW has been awarded a Certificate of Excellence from iPODS for Wounded Veterans.

iPODS for Wounded Veterans , based in Wilmington, is a non-profit organization that since 2011 has brought thousands of electronics and gifts to badly injured members of the U.S. military who served in the Kuwait, Iraq and Afghanistan Wars and are now recovering at military hospitals.

“We have worked with iPODS for Wounded Veterans since 2017. They have always been great about donating electronics, homemade cards, and other items to our Veterans,” said Cope. “I’ve helped them promote their organization by spreading out the donations to the Peabody Companies’ Valley Brook Village, Bedford Green and Howard Apartments.”