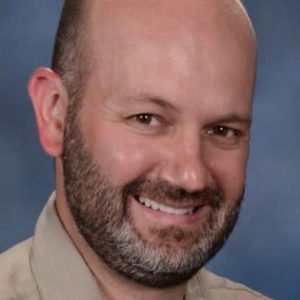 The following interview with Michael Carr, president at Touchplan (a division MOCA Systems), is being published in High-Profile Monthly in four installments. Below is the fourth and final installment.

Scroll down to find links to the first three installments of this interview.

HP: ​What keeps you up at night?

MC: We’re regularly trying new things and pushing the envelope; you don’t make progress without taking risks. It’s not risk-taking for the sake of it, but it is not knowing the first time you do something how it’s going to be received or how it’s going to go over — it’s all about making advances and learning from it.

Beyond the pressure of the customer and product need, there are so many other people that are a part of Touchplan and its success, like shareholders and staff. I constantly want to figure out how to get their best thinking incorporated in what we do and work to build an environment where they and their ideas flourish.

HP: What is the biggest takeaway you’d like everyone to come away with about MOCA Systems and Touchplan?

MC: We’ve all been conditioned to think that you can only pick two things out of time, cost, and scope. An example is the thought that if you want to get something done faster for less, you’ll have to pay for it with reduced scope. There is a way to do all three, or at least improving one while you hold the two others fixed. Touchplan helps people achieve this; it’s like having a superpower — giving people this ability.

What Touchplan is about is finding ways to help people not have to make that tradeoff because there are efficiencies out there that were previously untapped and they’re difficult to get to in something like construction where there are dozens of stakeholders, a high degree of coordination, and a whole bunch of things outside of people’s control. These elements make a resolution even more difficult to come by. So we’ve come up with a system to move the team to a whole new level — a new norm — of what is possible.

HP: What else do you wish people knew about your tech?

MC: That we’re paying for the sins of other software that’s tried to serve this space. Others have given people a reason to think tech is not going to add value, it’s hard, or it’s just another thing I have to learn. The truth about the tech is that — especially in our personal lives — we’ve all seen and experienced how beneficial it is when it is built right. User experience is paramount and makes all the difference.

A good example is the smartphone; it’s able to do things that you couldn’t do before, because it’s well thought out, made more human, and now, it’s part of our lives where we don’t even know how to operate without it

Touchplan has been made with that in mind — to support, not force, and to accommodate the way you do things. That’s our real focus.

People only believe something when their peers start to advocate for it; we’re starting to see that chain effect, but I wish everyone knew it already.

HP: What makes you want to continue on this path?

MC: Everyone at Touchplan is passionate about serving what we see as an underserved industry. Some of it is out of jealousy of other industries; there is no reason they should get all the cool tech and construction has none.

Also, it’s not just about making money — everyone at this company wakes up in the morning and knows they are a part of something big. Can you imagine if, as an industry, we are one day able to build two hospitals or schools for the price of one? For us, Touchplan is a big part of getting us there. That’s a worthy cause to get up for in the morning, right?