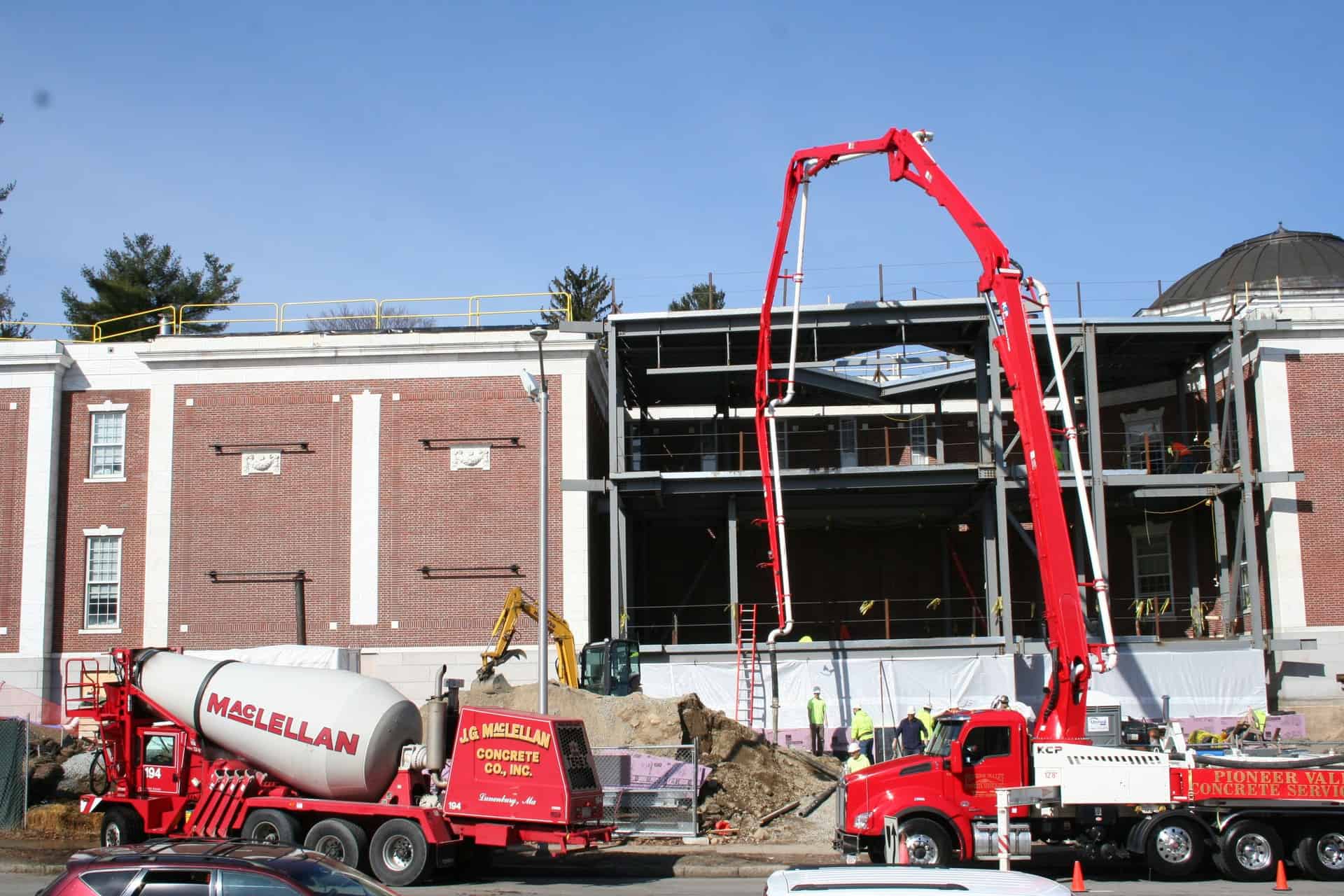 Construction of the AAS facade

Worcester, MA – In 2013, the American Antiquarian Society (AAS) was presented with the National Humanities Medal by President Barack Obama, for “safeguarding the American story.”

After years of planning, the building is undergoing an $18 million expansion and renovation — “the single most important opportunity in our lifetimes to advance its mission,” according to AAS Councilor Jim Donnelly.

AAS selected the project team of Samuel Anderson Architects and Landmark Facilities Group, Inc. Pinck & Co. worked with AAS during the construction manager procurement process; Erland Construction was selected. Because of the scope and complexity of the HVAC system, Erland’s subcontractor, Phoenix Mechanical Contracting, Inc., was brought in during the design development phase. The project, scheduled for completion in November, is about 40% complete.

The three-story, 7,000sf addition and renovation to the existing building will provide numerous improvements, including an expanded conservation lab and a multipurpose room that will host seminars and offer programming across the globe. The façade of the addition will offer the public a view of the library, which faces Park Avenue — one of Worcester’s busiest streets.

At the core of the project is a new HVAC system, which features extensive building infrastructure improvements and high-quality archival climate control technology. This includes:

• A revamp of existing and new mechanical rooms in the existing building as well as a new
mechanical room throughout the basement level of the addition.
• The replacement of aging boilers, humidifiers, and air handlers.
• Improved climate control for 35,000sf of existing stacks.
• An upgrade of the fire detection and protection systems.
• The removal of obsolete piping and wiring from the stacks.
• Asbestos removal in the basement.