Washington – On Aug. 3, U.S. Senator Gillibrand (D-NY) put forth an amendment (#2444) aimed at increasing opportunities for women and people of color in the construction trades workforce.

In 2009, the Boston Carpenters Union co-convened the Policy Group on Tradeswomen’s Issues (PGTI) to focus on raising the number of women in the national construction workforce. The organization identified that the previous 30 years of recruiting and training women had failed, in part, because it was a supply-only strategy. With a goal of developing a strategy of “demand” instead, the PGTI developed best practices for contractors and end-users to meet workforce goals on public and private construction projects. 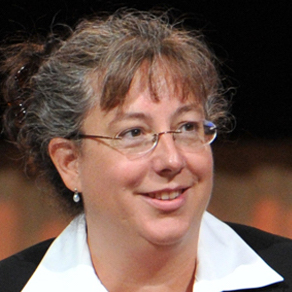 Since 2013, 38 projects worth $7.2 billion have used these best practices and have achieved 7.33% women’s hours, almost double the current national average. Over half of the women are women of color. Elizabeth Skidmore, business representative/organizer for North Atlantic States Regional Council of Carpenters, says, “At a conservative average of $65/hr. total package, that’s $80 million dollars that’s gone into women’s pockets, their families, and their communities. This would not have happened without two things: workforce hiring goals and effective enforcement of the goals.”

Additionally, vocational high schools are now 20% women in construction shops, and women make up 10% of union apprentices, one of the highest participation rate in the U.S. “We have a growing list of over 800 women who have the desire and meet basic requirements to enter the trades – they just need their first job. Workforce goals plus effective compliance open the door for that first job,” says Skidmore.

According to Skidmore, the infrastructure bill that passed the House on July 1 includes participation goals, but other measures are needed too. She says those include workforce goals for both women and people of color, with public data, and effective compliance measures; respectful workplaces, including harassment-prevention training; funding for supportive services like recruitment, pre-apprenticeship and childcare; and technical assistance for meeting goals to contractors, apprenticeships and developers.

Skidmore adds, “Tradeswomen aren’t a niche issue. Women make up 50% of the workforce. In Massachusetts, 75% of the people living in poverty live in female-headed households. When women can earn a sustainable wage, the ripple effects are enormous, to them, their families, and their neighborhoods.”