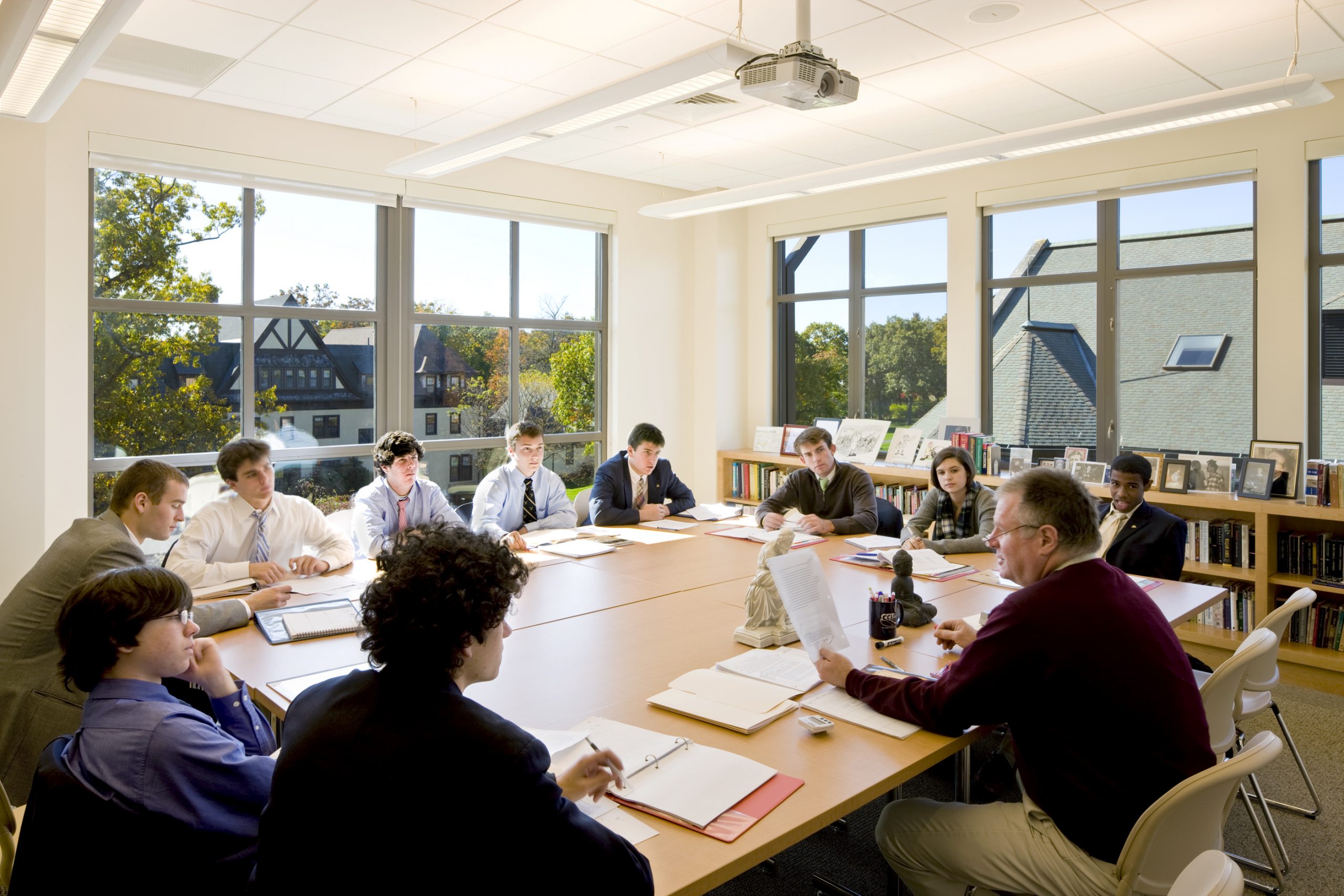 Entering through the stone arch of a campus gateway or walking through the wood paneled halls steeped in history are not easily replicated experiences. Especially in New England, the historic buildings on independent school campuses define their aesthetic and help differentiate them.

Educators want forward-thinking classroom spaces that encourage collaborative learning with groups of students working together to solve a problem and teachers serving as their guide. Principles of progressive education mean teachers are no longer tethered to the front of the classroom and students are no longer seated at desks in neat, evenly spaced rows. Often, modern school design expresses flexible classroom design as minimalist box classrooms filled with moveable furniture. They lack the contextual design elements that hint to the rich history of that school, an important factor in inspiring a sense of community among students. 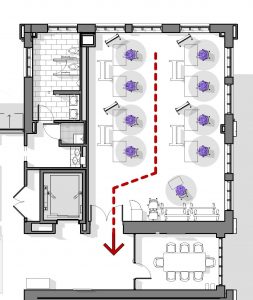 GUND has been alongside our clients researching and testing new classroom designs that support collaborative learning while emphasizing the cultural elements of an institution. Independent schools have a rich tradition of creating a culture where all voices are valued. The Harkness Method is an early example of collaborative inclusive learning. It originated in 1930 and was envisioned as more engaging than the traditional lecture. It’s dynamic because all participants are active in discovering class content together through facilitated discussions.

The Harkness Method is a defining aspect of the independent school experience for many and works especially well for humanities and social sciences. In other disciplines, many educators find the Harkness Table limiting when smaller breakout groups are needed. Because of this, a more flexible learning space design is needed. The principals of learning through dialogue remain the same, while a modified classroom design increases the number of students that can participate and extends the use of the classroom space. In the recent health crisis, we have learned that the flexible classrooms we have implemented across the U.S. have been the ones to serve as best practice models for creating socially-distanced classroom arrangements in alignment with CDC guidelines. The use of single-student desks and the elimination of fixed furniture are two contributing factors to this. The other is the approach to integrating technology into the classroom. All students learning in-person and via synchronous on-line learning can see each other and all can participate in group conversations.

GUND helped one independent school to assess how they could renovate an academic building to include and adapt The Harkness Method. After prototyping classroom concepts, the client and design team arrived at a three-tiered approach that embodies the collaborative learning principles of the Harkness Method while allowing greater flexibility: 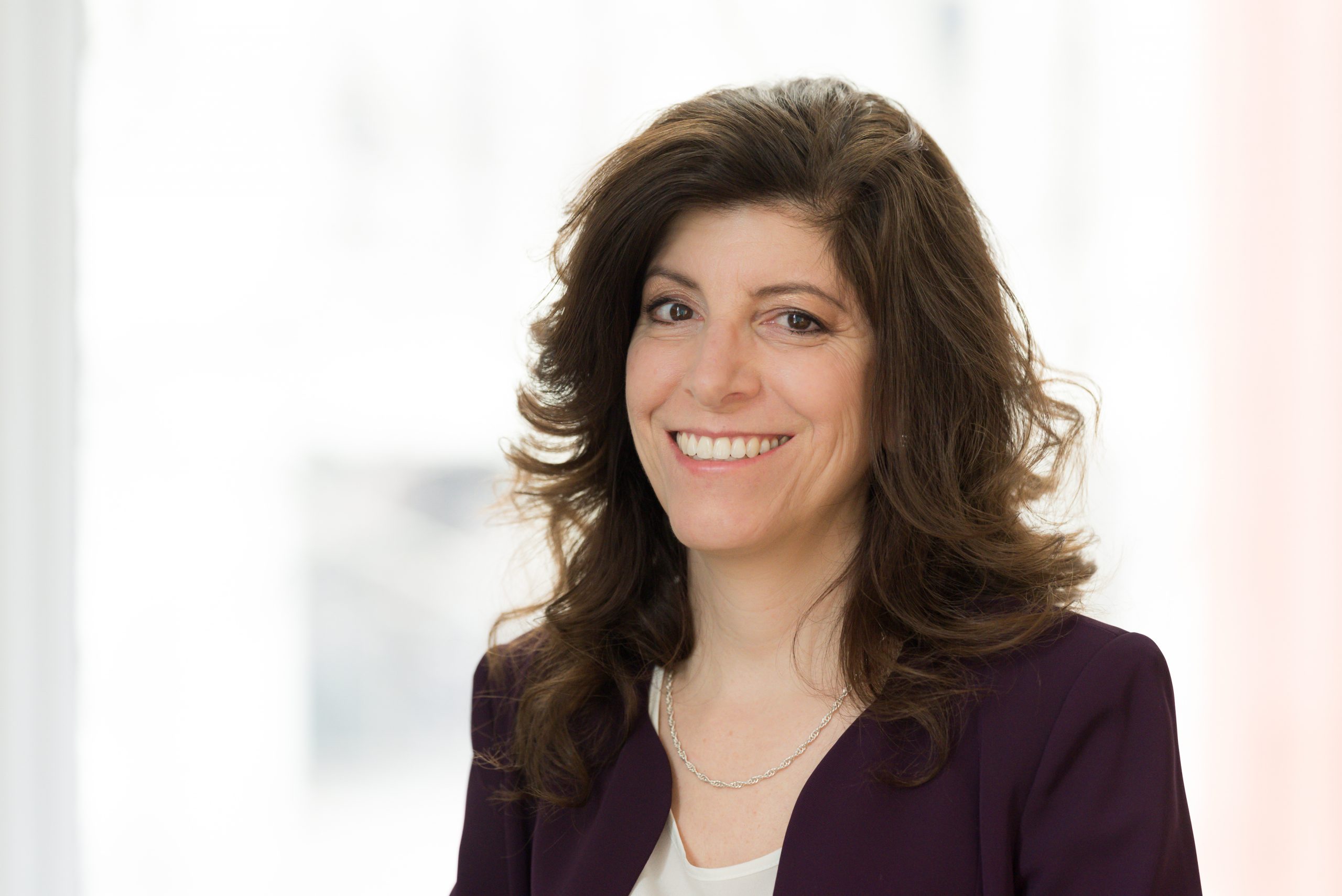 Christine Verbitzki AIA, LEED AP BD+C is a principal at GUND Partnership where she has been at the forefront of helping institutions deal with the imperatives of changing pedagogies, varied learning styles and technological advancement.