Boston – The Boston chapter of the International Facility Management Association (IFMA), a nonprofit association dedicated to serving the facility management profession, recently announced the winners of the 2019 Awards of Excellence.
Below is an introductory paragraph from Tom Palange, IFMA president: 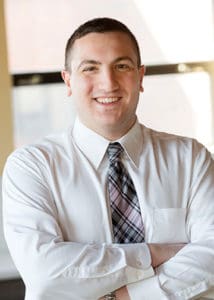 The theme of IFMA Boston’s 2019 Awards of Excellence, “The Sky’s the Limit,” was chosen to reflect the tremendous accomplishments of those in the facility management profession, a profession that for many years was a great unknown in and of itself.
If you ask many of our members how they got started in this industry, chances are it was by mistake, or through added responsibility, or simply because somebody recognized that they “got things done.”
Today, FM is a recognized industry with established career paths, educational opportunities, and an organization called IFMA that is 100% dedicated to being the complete, expert resource for facility managers.
The people, projects, and programs highlighted at this prestigious event demonstrated the great work being done in our industry!  Thank you to all the volunteers and partners who made this event a success, and a big congratulations to our winners!
The 2019 Winners
Lori Stewart Coletti Award: Adele Manty, Fooda
The Lori Stewart Coletti Award is given in recognition of service to the IFMA chapter that goes above and beyond expectations, and makes a substantial impact on the membership and success of the organization. 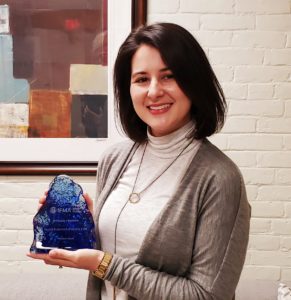 The President’s Award recognizes individuals who are passionate about what they do, either as leaders from within or outside the IFMA Boston chapter. They go beyond what is asked of them and give it their all.