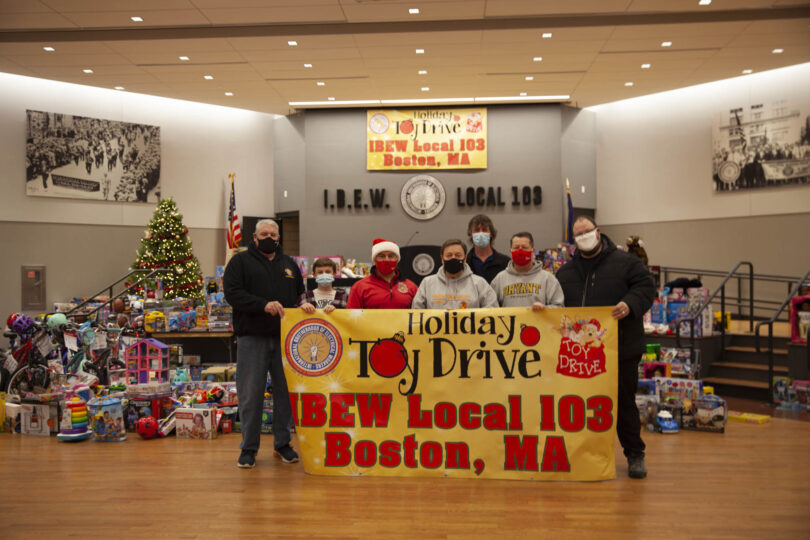 Boston – The International Brotherhood of Electrical Workers (IBEW) Local 103 were joined in December by Congresswoman Ayanna Pressley, Quincy Mayor Thomas Koch, Somerville Mayor-elect Katjana Ballantyne and Boston elected officials to pack up thousands of toys for donation to local families for the holidays. 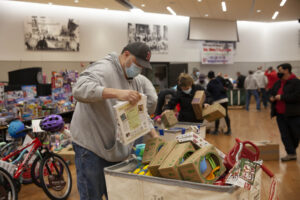 Donations were distributed to multiple organizations across cities, including the South Boston Neighborhood House, the Salvation Army in Quincy, the Somerville Housing Authority, and the Wonderfund, an organization serving children statewide in collaboration with the Department of Children and Families.

This year marks the eighth consecutive year IBEW Local 103 has run a toy collection. “For many of us, this is the best time of year, but we know that for a lot of families, the holidays can be challenging in various ways,” said IBEW Local 103 business manager/financial secretary, Lou Antonellis. “IBEW Local 103 cares deeply about our community, and this is just one small way we can show our neighbors that we’re here for them and we’re thinking about them.”

IBEW Local 103 sent out the call for donations via social media, email, quarterly newsletter and more. The union also purchased new toys for the charity drive. The toys were collected at the IBEW Local 103 Union Hall in Dorchester.

IBEW Local 103 also collected new hats, gloves and scarves to support local, low-income families and women’s shelters this winter. Donations were distributed to multiple organizations across Boston and beyond, including Project Hope, Beyond the Yellow Tape, Salvation Army, Saint Peter Parish, Brookview House and Eliot Church, among others.