I miss in-person networking. There, I’ve said it. Not a lot of people agree – some are thankful that we’re taking a break from these types of activities right now. Others might read such a statement and think that could only be written by an extrovert, not an introvert such as myself.

Despite introverted tendencies, I miss the urge to work a room at a networking event. It’s part professional obligation, part personal desire to get to know people. Connect. After enough coffee or alcohol, depending on the time of day, I find a boost of confidence and realize that it all makes sense: who people in the AEC industry are, what their firms do, and if we can do business together.

But not being able to network in person has made me miss it. In-person networking is not just a chance to meet new people, but also a chance to see those people who you wouldn’t necessarily call but love to talk to because they always start a valuable conversation. Or it’s a chance to run into someone with whom you’ve emailed and spoken to on the phone but never met in person.

When I first started going to networking events, I didn’t know what I was supposed to say or who I was supposed to talk to. I didn’t even know how I was supposed to dress. I found that the early hours specified by breakfast events didn’t always agree with me and I used to be intimidated by the idea of talking to people I didn’t know. Nearly 20 years later, I know I’ll never be a morning person singing and whistling my way to work. But going to networking events throughout my career has allowed me to build a network which has made it easier for me to initiate client meetings.

How have we been finding out about new projects without in person networking? How have we maintained our professional relationships and discovered what our clients are thinking and feeling? There have been plenty of calls, too many emails and texts, and endless virtual meetings which do an incredible job of reminding us what we’re missing. In the virtual environment, it is very difficult to pick up on non-verbal cues or detect a change in emphasis or tone.

Will we ever be in a room again with 200 people? Maybe if we’re all wearing masks or if that number is reduced to 100. How long will it be until I’m comfortable shaking hands?

One thing I do know is that, whatever comes next, we will adapt. We will change to survive because that’s what we have to do. It’s what we’ve always done whenever new ways of doing business present themselves. We’ll identify the new opportunity and become experts at it, write papers about it and give presentations to show how much we know. I know I can’t fear change. I can’t cling to the past. But in the past, the AEC community has proven to be resilient, creative and opportunistic. Maybe we’ll invent something different, but we’ll find a way because some things matter too much to keep on missing them like this. 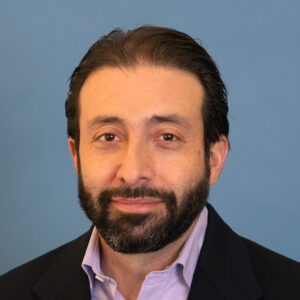