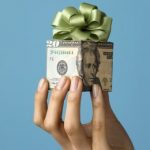 This announcement is part of $140 million HUD announced today to nearly 900 local homeless assistance programs across the country (see attached chart). Today’s grant announcement includes 436 new local projects aimed at providing permanent supportive housing for people experiencing chronic homelessness through a Housing First approach and to “rapidly re-house” families with children that are living on the street or in emergency shelters.  View a complete list of all the state and local homeless projects awarded funding.

“Communities all across the country are changing their approach to reducing homelessness and now is not the time to retreat from doing what we know works,” said Donovan.  “Investing in proven strategies such as ‘Rapid Re-housing’ and ‘Housing First’ help to break the cycle of homelessness as we’ve known it in these communities.”

This year, local planning agencies called ‘Continuums of Care’ were asked to make strategic and hard decisions in order to implement a required five percent cut as a result of sequestration.   While HUD was able to fund all eligible new permanent housing projects requested, the Department was only able to fund permanent housing and transitional housing renewal projects requested in this second round of grants (Tier 2).  Despite these cuts and the tough budgetary decisions they forced, most local planners chose to reallocate funds from lower priorities in order to create projects following best-practice models that serve those homeless persons most in need and to help the community achieve the goal of ending homelessness.

Earlier this year, HUD awarded $1.6 billion in the first round of funding to more than 7,100 existing local homeless programs operating across the U.S.  Massachusetts received more than $63.4 million in the first round of funding to support 297 local homeless housing and service programs.  That funding ensured local projects would remain operating in the coming year, providing critically needed housing and support services to those persons and families experiencing homelessness.

“Today homeless assistance programs in Massachusetts will join the thousands of local programs across the country that are on the front lines ending homelessness as we know it,” said Kristine Foye, HUD New England Deputy Regional Administrator.

HUD recently announced its 2013 estimate of the number of homeless persons in America. Approximately 3,000 cities and counties reported 610,000 homeless persons on a single night in January of 2013, down 6.1 percent since 2010. During the same time, HUD found significant declines among the long-term or chronic homeless population (15.7 percent) and veterans experiencing homelessness (24.2 percent).

In 2010, President Obama and 19 federal agencies and offices that form the U.S. Interagency Council on Homelessness (USICH) launched the nation’s first comprehensive strategy to prevent and end homelessness. Opening Doors: Federal Strategic Plan to Prevent and End Homelessness puts the country on a path to end veterans and chronic homelessness by 2015 and to ending homelessness among children, family, and youth by 2020.