As prime multifamily residential development sites become harder to find in cities throughout New England, strategic combinations of adaptive reuse and new construction are gaining momentum as a way to boost density and curb appeal. Especially in districts where historic character is a draw for tenants or buyers, creative development teams recognize how this approach maintains the authentic feel of a streetscape while enhancing a site’s value with additional residential units.

In Boston’s South End, the 100 Shawmut project offers a useful case study illustrating the benefits of these thoughtful combinations, and the best practices that will help other project teams find success. Led by The Davis Companies and designed by The Architectural Team (TAT), this new condominium property integrates an existing six-story brick warehouse structure with a contemporary L-shaped addition to create a 231,880sf, 13-story, 138-unit multifamily destination. The resulting building offers the best of both worlds to owner and occupant alike.

Originally built in the 1920s, the pre-existing 100 Shawmut structure plays an important role in the historic character of its neighborhood and features the authentic loft-like elements that draw many residents to historic districts. Preserving these elements is important from a cultural as well as a sales and marketing perspective, and it also makes sense financially. For a developer looking to maximize value with new construction, it would not be feasible to reproduce a structure with such generous floor-to-floor heights and exposed mushroom columns and expressive architectural detailing.

On the other hand, renovating an original structure and then constructing on top of it enables a project team to leapfrog this stumbling block and leverage the benefits of historic buildings. Preserving the large original footprint at 100 Shawmut, for instance, enabled the project team to design larger units – many of which have den spaces – a boon for current remote work lifestyles. In fact, the combination of a 20th-Century brick building wrapped with a 21st-Century glass addition also means that the property can draw buyers who want the historic mill look, as well as buyers seeking a more contemporary aesthetic. In a competitive market, playing to two distinct psychographics is a true advantage.

For development teams considering the adaptive-reuse-and-new-construction approach, it also pays to recognize the complexities involved. At 100 Shawmut, zoning played an important role: The Davis Companies worked with neighboring owners to join multiple parcels together, combining lots to reach an acre of size with a common interior courtyard by landscape architects Copley Wolff Design Group. This allowed the property to exceed what otherwise would have been its as-of-right zoning.

These projects also require a longer timeline than standard new construction, largely owing to extensive structural work. The original 100 Shawmut building was not designed to meet current seismic codes, so the project team created a four-foot-thick mat slab underneath the entire structure, old and new, and threaded new columns through both buildings. Now the two sections are locked together into a single, stable structure, one that blends in at the streetscape and stands out on the skyline – a compelling mix of old and new that represents the best of what multifamily design can offer. 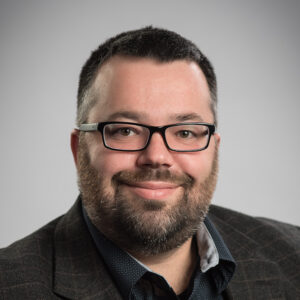 Tom Schultz, AIA, NCARB, is an architect and associate with The Architectural Team, Inc. (TAT).