Since it was first enacted in 2005, the Energy Efficient Commercial Building Tax Deduction (commonly referred to as Section 179D after its U.S. Internal Revenue Code section number) has had more lives than a nervous cat. This “green credit” for energy efficiency upgrades has expired, been revived and extended several times.

Section 179D was thought to be “dead” for building upgrades completed during 2017. But the Bipartisan Budget Act of 2018 retroactively extended the 179D deduction (among other deductions and credits) through Dec. 31, 2017.

Section 179D offers commercial building owners up to $1.80 per square foot to partially offset the costs of major energy efficient improvements in heating, ventilation, and air conditioning (HVAC) systems; the building envelope; and lighting upgrades that exceed ASHRAE Standard 90.1 by 50%. A partial deduction of $.60 per square foot also has been available for retrofits of individual building systems.

What is less well known is that eligible designers and builders, including architects, engineers, environmental consultants and contractors, may also qualify for the 179D tax credit under a special rule for work performed on public property. Architectural and engineering firms that have designed systems to improve the energy efficiency of a new government-owned building or made energy-saving renovations and retrofits to existing government-owned structures, are able to claim the deduction. Since government entities do not traditionally pay tax, the owners of these buildings can allocate the accrued tax savings to the businesses responsible for the energy-saving enhancements.

Government-owned buildings at the federal, state or local levels can all potentially qualify for 179D, including:

In order to benefit from the Section 179D deduction, the facility you designed/engineered must be at least 50,000 square feet and must have been placed in service prior to January 1, 2018. Businesses are able to look back and claim the 179D deduction for properties put into service in open tax years.

On Thursday, February 28th, 2019, proposed legislation from the Tax Extender and Disaster Relief Act of 2019 was introduced. If passed, this would retroactively extend various tax provisions for 2018 and 2019. Among the provisions – Section 179D. As we await deliberation in Congress, it remains important to monitor the movement of these pending extenders. In addition, it is not too late to claim these valuable incentives for tax years ending December 31, 2017 and prior.

Claiming a Section 179D deduction involves complex calculations and there are certain limitations. It is important that you consult with a tax advisor who has experience with 179D as it applies to architects and engineers. 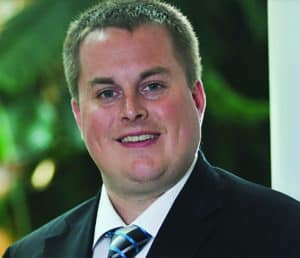