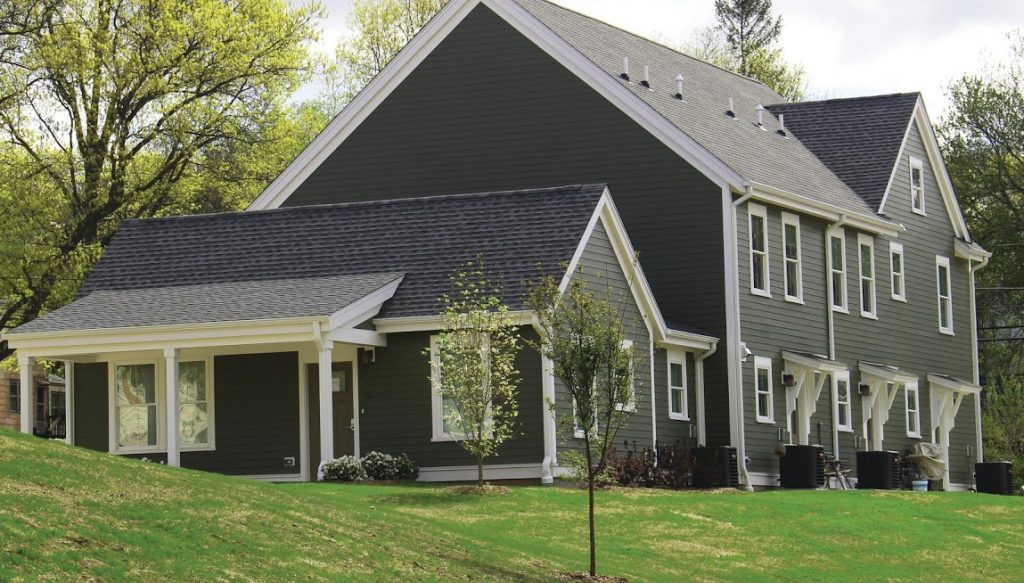 A multi-residential home in Davis Gardens.

Waterbury, CT – Viking Construction, Inc. has been selected as general contractor for the demolition and redevelopment of the World War II-era housing co-op in Waterbury, known at the time as Warner Gardens. The 14-acre complex, which became the first African-American-owned housing co-operative in the state of Connecticut, was severely decaying and dilapidated and was unsafe for occupancy.

In 2007, Warner Gardens filed for bankruptcy, and in 2011 the co-operative sold the property to Omni Development Corporation, an affordable housing developer based in Rhode Island.

During the 13-month reconstruction project, Viking razed the structures on the steep hillside 14-acre property, removed debris, and rebuilt new townhomes on the existing footprints. For the first phase of construction ($14.3 million), Viking completed 16 new buildings that housed 58 one-, two- and three-bedroom townhouses. The company also completed a new community building and garage along with 99 parking spaces. For the second phase ($14 million), Viking completed 11 new buildings that housed 64 units.

The new Davis Gardens multi-family community has moved far away from its history of barracks and low-value structures. The family-friendly neighborhood includes gardens, landscaping, and playgrounds.

Today, the new Davis Gardens community — which won an Excellence in Construction award from the Connecticut Chapter of Associated Builders and Contractors — provides lower-income renters with an exceptional housing option and helps alleviate the continued housing shortage in Waterbury. 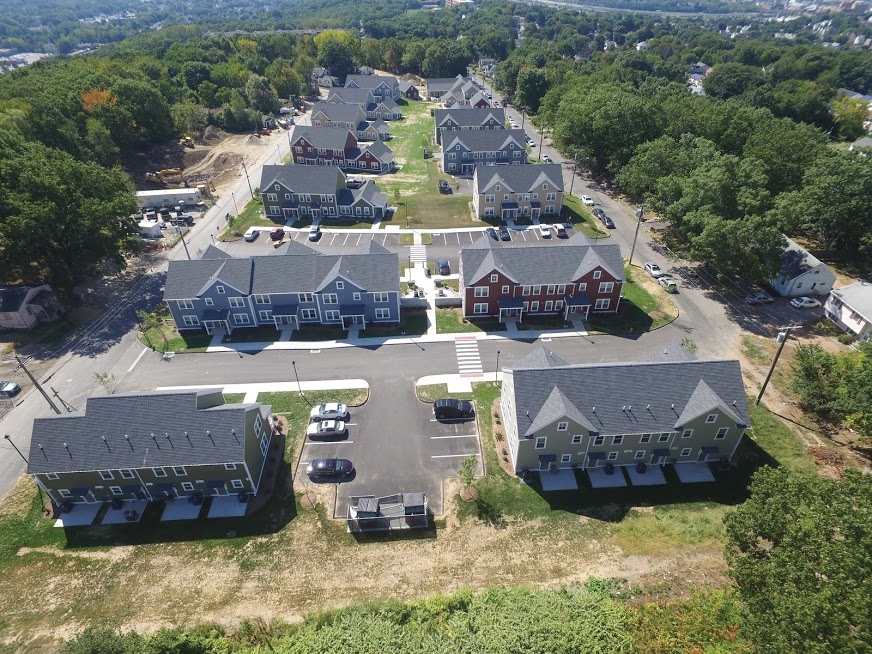 The interesting history of this outdated multi-family community began just prior to America’s entrance into World War II, when President Franklin Roosevelt signed the Lanham Act, also known as the 1940 National Defense Housing Act, as part of the effort to build housing for defense workers. The Warner Gardens complex was one of the first projects under this act and was completed in 1941 –in just 130 days.

Eventually, approximately 75 tenants from Warner Gardens formed a cooperative and purchased the properties from the Public Housing Authority for $270,000. It became the state’s first and only housing co-operative owned by African-Americans members.

Over the years, the structures decayed, disrepair set in, and eventually the complex failed to meet even minimum building codes. Officials were concerned that some of the apartments had only one exit, the crawl spaces did not have ventilation or light and moisture protection, stairs were not fireproofed, water pipes were corroded, and fire bricks in furnaces were coming loose.

The homes in Warner Gardens were never really meant to last as long as they did – but they were able to provide homes for countless workers and families over the years and became the historic first African-American-owned co-op in the state.  It was impressive to see the many state, local and private sources that came together to redevelop Warner Gardens. It was also important to Viking to be able to further assist the community by directly hiring local workers and laborers during all phases of the project.