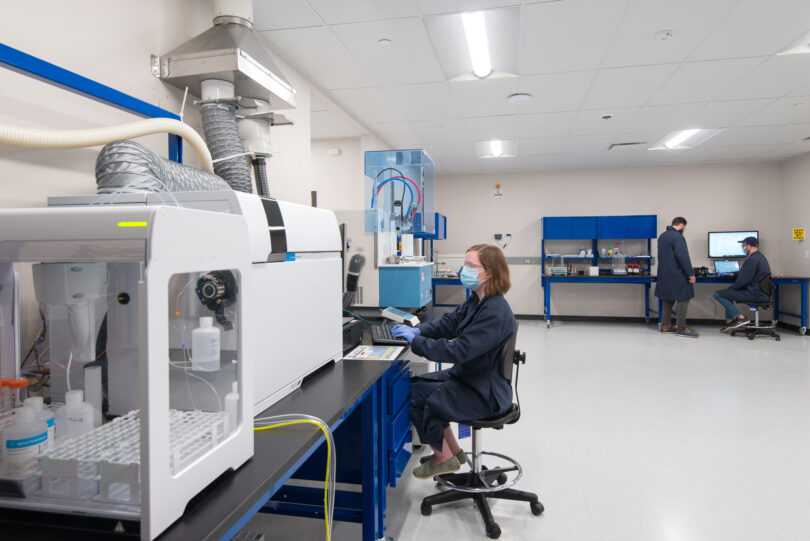 The total area for this fitout is approximately 6,000sf of existing office space that was refreshed with new paint, ceiling and LED lighting. The remaining 3,000sf was fully converted to laboratory space.

GRLA worked closely with Fitzmeyer & Tocci Associates and ATOZ to design the most optimal use of the space. The team focused on the testing equipment layout, including new millwork, to ensure the new layout was code compliant. The goal was to provide a bright, clean, and functional workspace. General contractor The Stukel Group, LLC was responsible for completing the fitout.