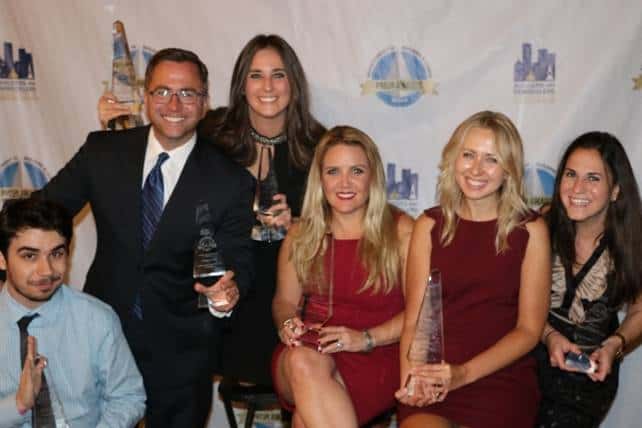 Woburn, MA – Concord Hospitality selected Woburn for its first property in the Boston area, the dual-branded Homewood Suites and Hampton Inn. The hotels will anchor $55 million Woburn Landing, the new mixed-use development. The Hampton Inn side is six stories with 132 guest rooms, while the Homewood Suites side will include 103 fully equipped suites. The hotels will share some amenities, including an indoor pool, exercise room, and meeting space.

“In New England, a lot of hotels utilize block-and-plank construction because of the fire proofing and the sound dampening characteristics,” says Martin Hickey, project manager with Callahan Construction. The project was very straightforward — “once we got out of the ground.”

Strescon worked with American Steel & Precast Erectors during construction. Installation began in May 2018 and was completed by mid-August, ahead of schedule. The hotel is expected to open to the public in late 2019.

According to Hickey, the site of the hotel has an infamous past. He explains, “The property was once home to chemical manufacturer W.R. Grace and was the basis for the movie A Civil Action.” Grace was part of a lawsuit filed in the 1980s by families who lived adjacent to the toxic waste dump.

Moving past what once was the most expensive chemical cleanup in history, Woburn city officials believe the development will transform the site into a more positive legacy. The site is now home to a Red Robin restaurant, with two additional restaurants and the hotel to be completed in late 2019.

Before construction could begin, the Superfund site had undergone more than two decades of cleanup and remediation. “The former Superfund site was thoroughly cleaned and capped, and the hotel design includes active monitoring as well as below grade venting system,” said Hickey.

Convenient to public transportation and located just off I-93/I-95, the site had attracted attention over the years, but until now no project had moved forward. Woburn stands to benefit from tax revenue and job creation. But the biggest impact is to put this site into productive use and remove the stigma clouding Woburn’s history.

Read the complete story on www.pcine.org under project profiles.