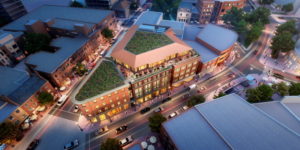 Boston  – Shawmut Design and Construction, a national construction management firm, announced its work on The Abbot Buildings in Cambridge. Located in the heart of Harvard Square, the rehabilitation includes the restoration of two existing buildings and the construction of a new infill building to create 60,000sf of updated mixed-use space. 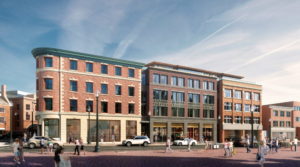 Shawmut, in partnership with Regency Centers and architecture firm Prellwitz Chilinski Associates, is working on the extensive overhaul of the beloved buildings that includes a renovation of two existing structures, The Abbot and 18 Brattle Street, as well as demolition and construction of a third, four-story infill building.

Designed to meet the needs of modern businesses and tenants, the renovation will preserve the historic character of the structures while enhancing the space for the 21st century. 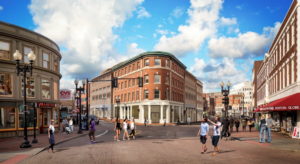 Located at 1-7 John F. Kennedy St., the trio of buildings will feature updated retail, restaurant, and office space, along with an all-new green roof deck that will boast views of both Harvard and Brattle Square.

The project, targeting LEED Silver certification, includes façade restoration, interior improvements to existing retail and office space, as well as a newly constructed mixed-use space. The new design will revitalize the current buildings, built in 1894 and 1909, to their original condition, while adding a third that is compatible in material, scale, and design, but features a modern and updated space. 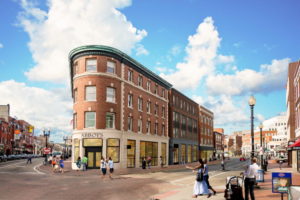 In addition to the core buildings, Shawmut will also restore the brick walkway on Brattle Street as well as construct the green roof deck, further creating a safe and enjoyable experience for tenants and pedestrians.