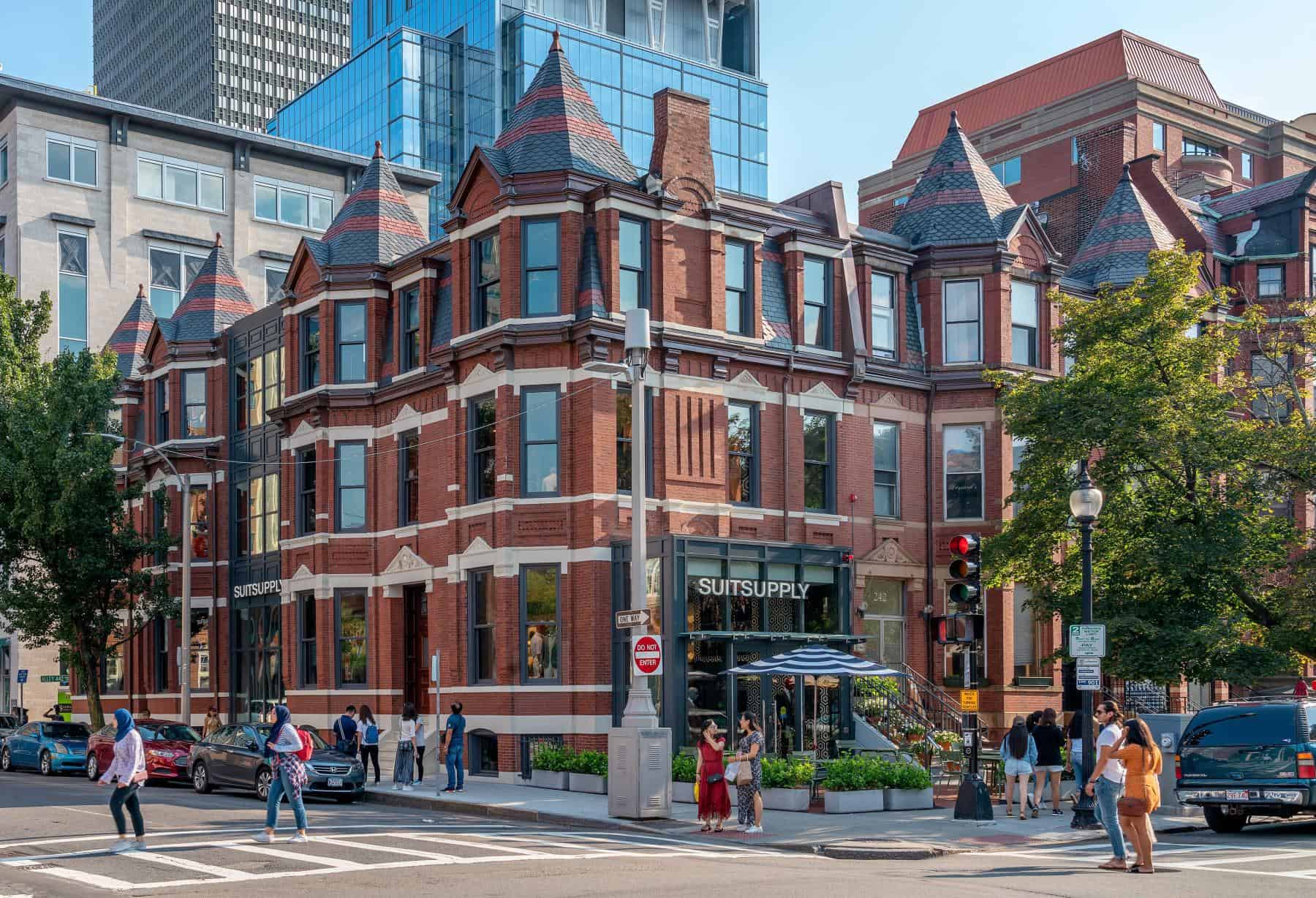 Boston – Hirsch Construction Corp. has announced that 240A Newbury Street is a Boston Preservation Alliance 2019 Preservation Achievement Award Winner. Hirsch was the builder of the retail store and cafe,  completely renovating the four floors to a luxury finish.

240A Newbury Street was originally built in 1880 as two residential brownstones at 39 and 41 Fairfield Street. Retail shops appear in photographs of 39 Fairfield as early as the 1940s. The two homes were combined in the 1960s with an insensitive infill project.

UrbanMeritage purchased the building in 2014 and set to the task of architecturally and aesthetically unifying the structure. Throughout the project, details were restored in a way to reflect the skilled craftsmanship of the building and a sensitivity to harmonizing the necessities of new with the much-needed repair of the old.

Continuing the tradition of craftsmanship, tailors in the suitshop can be viewed from the sidewalk through at-grade windows or from the eclectic basement cafe.

The owner/developer is UMNV 240A Newbury. The architect is LLC. Elkus Manfredi Architects.

BPA announced the award winners in May. The awards will be presented at the Revere Hotel Boston in October in a special evening to honor outstanding achievements in historic preservation and compatible new construction in Boston.