The design and construction industry heads into 2023 with a lot of questions. How deep and wide will the decline be in housing? Can the commercial rebound sustain? How will government programs such as the new infrastructure and climate change laws affect the industry? Here’s a glimpse at the outlook for some key markets.

The National Association of Home Builders (NAHB)/Wells Fargo Housing Market Index stood at a near-record-high level of 83 in January 2022, but dropped as the year went on. In November, the index – derived from a survey of NAHB members rating conditions for new single-family home sales – plummeted to 33, its lowest level in over 10 years.

Multifamily properties, on the other hand, have not seen such a drastic decline. The NAHB’s Multifamily Production Index slid noticeably in the third quarter of 2022, but this was largely due to a hit in the for-sale (condo) sector. The Census Bureau’s figures on permits showed only a minor reduction nationally for multifamily from September to October (the latest figures available), but a year-over-year gain of 11.2%.

Fannie Mae predicts that the housing market will bottom out in the second quarter of 2023, with a much stronger 2024, as mortgage rates and supply both fall.

Census Bureau data on construction put in place notes that year-over-year figures for commercial markets, office buildings and hospitality all improved. Value for the commercial market, which includes restaurants and retail, rose 22.4% year over year. Lodging was up 16.1%, and office ticked up 0.7%.

“Emerging Trends in Real Estate 2023,” a joint publication of PWC and the Urban Land Institute, said “there is a general sense of wary optimism” around the commercial markets. The American Institute of Architects (AIA) Construction Consensus Forecast projects a 13.8% growth rate for hotels, 3.5% for offices and 3.2% for retail and other commercial in 2023.

Public-sector projects will benefit from the Infrastructure Investment and Jobs Act (IIJA), and also from support at the ballot box. In the midterm elections, nearly every ballot question seeking infrastructure funding passed.

Also in the PSMJ QMF survey, Renewable Energy has been the leading submarket throughout 2022. In the third quarter survey, 73% of respondents working in renewables said that proposal activity grew from the second quarter, while only 3% said it declined.

In the PSMJ survey, education lagged along with commercial markets throughout most of 2021 before bouncing back to more-than-respectable levels in 2022. The AIA Consensus survey anticipates a decent growth rate of 5.2% for educational projects in 2023.

The COVID-19 pandemic initially created some uncertainty in the healthcare market, but the interruption was brief. The AIA Consensus forecast projects 5.7% growth for healthcare in 2023, while the PSMJ QMF had it the fourth-strongest major market in the third quarter.

Growth in manufacturing facilities, potentially bolstered by the CHIPS and Science Act of 2022, appears solid in 2023. This follows a year-to-date (through October) in which value of construction put in place grew by 43.3% year-over-year, and 7.6% quarter over quarter.

The AIA projects public safety construction to grow by 5.5% in 2023, with Moody’s Analytics and Dodge Construction Network both calling for a rise of better than 10%. 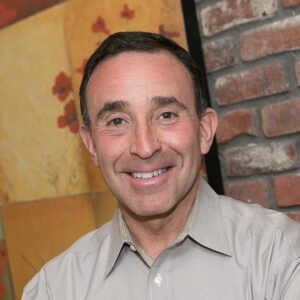 Richard Friedman is founder and president of Friedman & Partners, a management consultancy to the AEC industry.