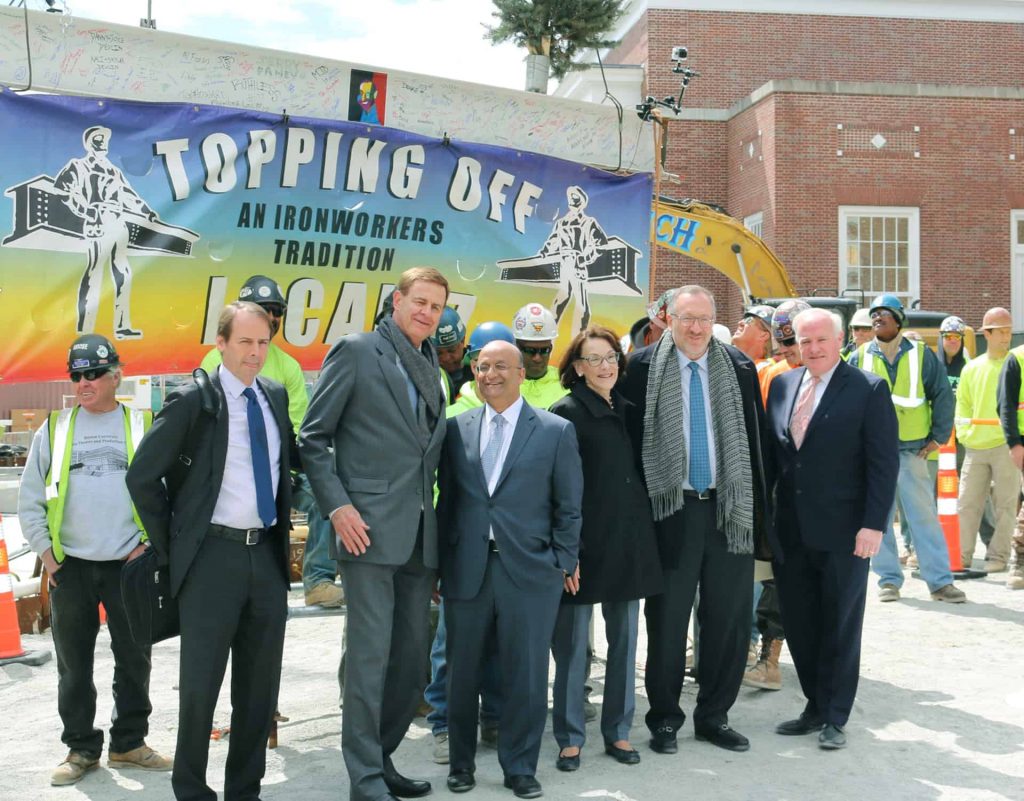 Scheduled to open in fall 2018, Klarman Hall will combine elements of a large-scale conference center, a performance space, and an intimate community forum where HBS can harness the energy and creativity of the thousands of students, faculty, alumni, and leaders of all kinds who come together at HBS each year for a wide variety of activities, from research conferences to symposia to cultural events.

Klarman Hall was designed by William Rawn and Associates as a vibrant space with an eye toward flexibility, adaptability, and accessibility. This LEED Gold sustainability standard design also features technology enabling virtual connections with scholars, practitioners, and thought leaders from around the world and acoustics and equipment for many types of events, from case discussions and lectures to films and cultural showcases.

This state-of-the-art structure is made possible by a generous gift from Seth Klarman, president and CEO of The Baupost Group, a Boston-based investment management firm, and his wife, Beth, president of the Klarman Family Foundation. This traditional ceremony, signifying the completion of the structural phase of the project, included remarks by Harvard Business School Dean Nitin Nohria, Seth Klarman, and Richard Walsh.