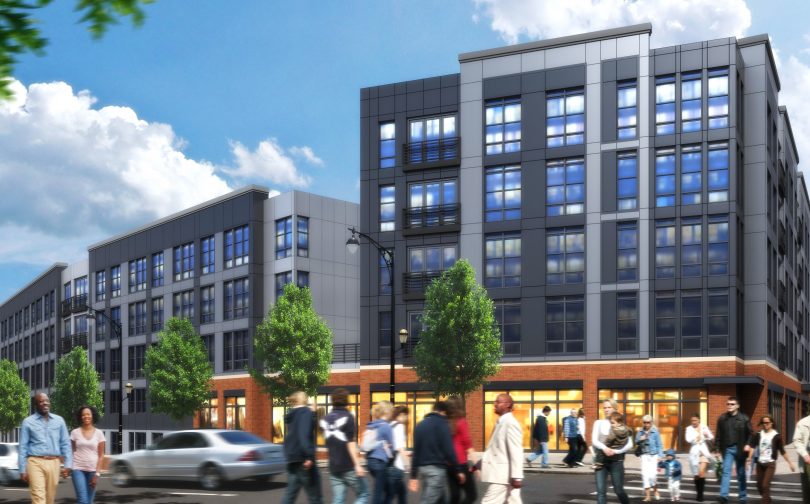 Hartford, CT – Developer Randy Salvatore, Mayor Luke Bronin, and a delegation of stakeholders and state and city leaders celebrated the long-anticipated start of construction yesterday of the $50 million first phase of the Downtown North redevelopment project.

The groundbreaking officially launched work on the buildings going up on Parcel C of the project that, when completed, will have 270 studio, one- and two-bedroom apartments, a ground-floor restaurant, retail and entertainment space, and a 330-space parking garage. Parcel C is located just north of Dunkin’ Donuts Stadium at Main and Trumbull streets. The project, expected to be completed in about 20 months, is being funded, in part, by the Capital Region Development Authority (CRDA). 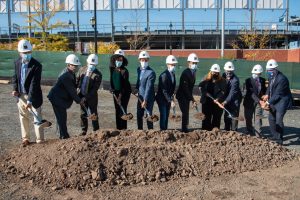 Parcel C is one of four city-owned parcels being redeveloped as part of the $200 million Downtown North project.  Plans call for as many as 1,000 apartments, restaurant and entertainment space, and parking garages to be constructed on the expanse of parking lots encompassed in the project over the next five years. Salvatore, founder and chief executive of Stamford-based RMS Companies, has completed numerous projects throughout the tri-state area.

The majority of apartments in the project will be market rate, but the development agreement with the city calls for a minimum of 10% affordable housing. Plans also call for the addition of a grocery store in a future phase of the project.