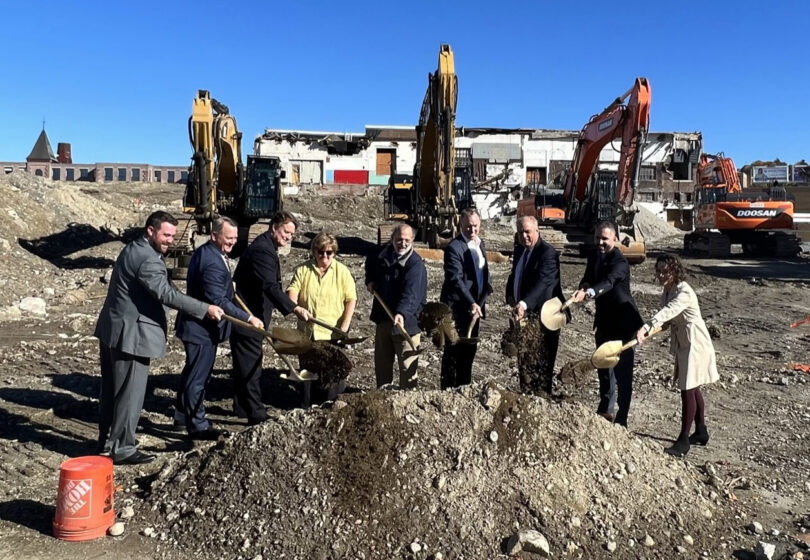 Worcester, MA – Cranshaw Construction has officially broken ground on the first phase of a planned multi-phase mixed-use development at 120 Washington Street in Worcester. 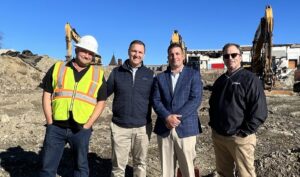 “This will be the first phase of a multi-phase master plan that is going to include 83 units, all of which will be affordable housing at below 60% of area median income (AMI),” said Petty. “This is a marquee space that will help serve as a gateway to the Canal District and Polar Park.” He went on to characterize the project as located in “a really vibrant part of our city which is going to include 1,500sf of retail and the reconstruction of Spruce Street.” Future phases will include additional retail space and approximately 300 more units of housing.

Batista stated, “This level of affordability is one of the most critical needs facing our city and the Commonwealth. We’re also appreciative that Boston Capital Development has committed above and beyond the American with Disabilities Act (ADA) regulatory requirements to provide 11 accessible units which is another dire need facing our community.” The project includes nine fully accessible units and two visual/hearing impaired units.

The 7-story structural steel building includes one-, two- and three-bedroom apartments and is expected to open in early 2024. The project sits on 1.5 acres of a larger four-acre parcel acquired from Table Talk Pies which relocated its production and distribution facility within Worcester.

“We are proud to be a part of this important residential project in Worcester,” said Chris Iannelli, principal of Cranshaw Construction. “Cranshaw has been working on this project with the city and Boston Capital for the past year and we are excited to start construction.”