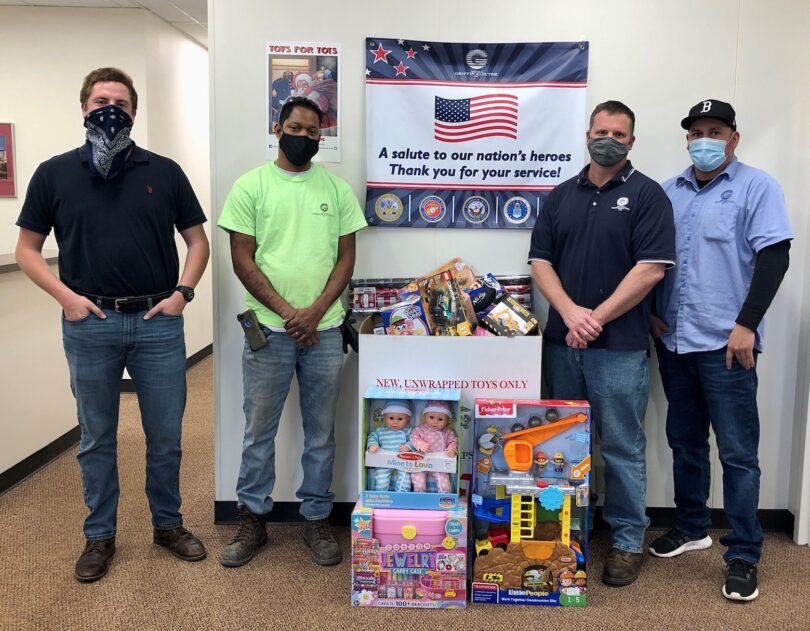 Holliston, MA – Wayne J. Griffin Electric, Inc. (Griffin Electric) worked closely with several charitable programs during the holiday season, as it has for many years. With a company culture that emphasizes the importance of giving back to the community, employees throughout Griffin Electric’s corporate headquarters and regional office locations donated various toys and other gifts to support those in need.

The company’s New England region once again teamed up with the Holliston Pantry Shelf and purchased gifts after “adopting” families as part of its annual Mitten project. Employees also donated over $7,500 to further support the Pantry Shelf, which has served a multitude of families throughout Holliston for nearly 30 years. The Griffin team also recently collected backpacks filled with assorted school supplies in support of the organization’s annual Backpack Drive.

As in year’s past, Griffin once again partnered with the U.S. Marine Corps Reserve Toys for Tots Program, and employees in the southeast regions collectively donated hundreds of gifts to local children and families in need. Toys for Tots has distributed 604 million new, unwrapped toys to 272 million children across the country since the initiative was launched in 1947.