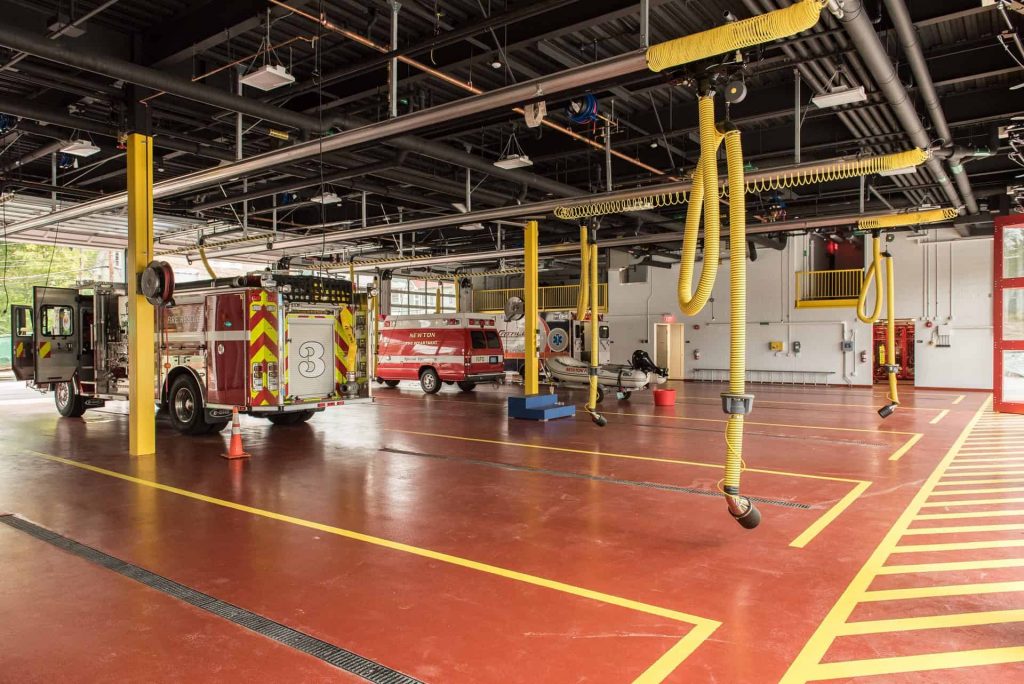 The newly constructed 31,000sf facility is connected to the existing fire headquarters building constructed in 1928 and maintains a historically accurate exterior, with technological updates on the interior.

Griffin Electric’s installation work included power and lighting, with systems for fire alarm, UPS, paging, lightning protection, and telecommunications. A driveway snow melt system was installed in front of the emergency vehicle bays, to provide for easy access in and out of the fire station during the winter months.

Compass Project Management of Medfield served as the owner’s project manager, working with general contractor Commodore Builders of Waltham. Schwartz/Silver Architects, Inc. of Boston was the designer on the project, while BVH Integrated Services of Newton served as the electrical engineer.

Five apparatus bays for multiple emergency vehicles were part of the construction, with crew quarters situated above, and includes bunks, a fitness area, kitchen, and patio. An emergency operations center contains 40 workstations and several screens to monitor situations, events, and breaking news, while hands-on training facilities include a maze room and manhole/confined spaces.