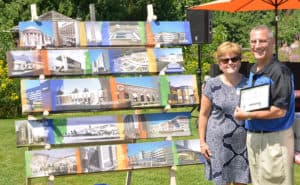 Holliston, MA – Wayne J. Griffin Electric, Inc. officially celebrated a major 40-year anniversary by hosting summer outings for its employees and their families in each of its regional locations.

The company has built its reputation as a trusted electrical merit shop and most recently ranked 24th in Engineering News Record’s 2018 listing of the top 50 national electrical contractors and 1st in New England.

Outings were held in all four of its Southeast locations in June, while the outing for New England took place in early August. A well-deserved break for the men and women of the Griffin team, these events brought both field and office employees together and were an opportunity for the company to show them just how valued and appreciated they are. 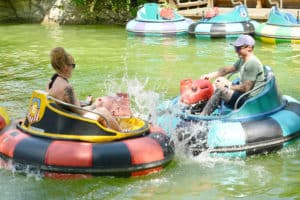 WJGEI raffled off some amazing prizes to employees, both on a regional as well as companywide basis. The special 40-Year Anniversary Grand Prizes, which were drawn at the New England outing, included several vacation packages, gift certificates, cash prizes, an additional week of paid vacation, and more! 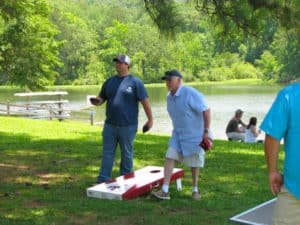 With typically over 200 active job sites at any given time across New England and its four regional office locations in North Carolina, Alabama, and Georgia, the company has achieved nearly $5 billion in revenue over the past four decades. The Griffin team serves clients in markets ranging from commercial, education, and municipal to medical, industrial, and transportation.

In order to stay ahead of the curve, the company stresses the importance of continual education, growth, and development, starting with their in-house Apprenticeship Training Program, which is in its 25th year of existence. Griffin Electric strives to consistently “provide a higher level of quality, safety, commitment and value for its customers and employees,” which has allowed the company to build long-standing relationships and secure repeat business with notable clients such as Dell EMC, Amazon, Liberty Mutual Insurance, the United States Army, Biogen, and many others.

Fostering relationships with general contractors, project owners, vendors, and especially the company’s employees is what founder and President Wayne J. Griffin credits for Griffin Electric’s success over the years. “Our people are our most important asset,” said Griffin. “From the office to the field, our team is comprised of dedicated men and women who are ultimately the foundation of strength for the company and allow us to deliver the best results for our clients.”