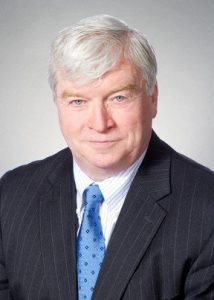 With estimates pointing to a substantial population increase in the Greater Boston region — 10% projected growth between 2010 and 2030 to 4.5 million in Boston, and a 17.5% increase within the Route 128 corridor — the need for diverse housing options that meet the needs for a variety of households has become a vital focus point in recent years. And this is an important issue that will continue to gain momentum in the new year.
Experts have estimated that, in order to answer the demand for housing in light of expected population growth, Massachusetts will need to add 17,000 new units per year over the next two decades. With much of the new housing in Boston focused on the luxury market in recent years, there has also been a growing pent-up demand for housing geared toward middle-income residents.
Considering the dynamics of land costs and availability in Boston, developers will be wise to focus outside the city’s borders for opportunities to deliver housing in dynamic and growing neighborhoods that can benefit from new product, as well as the vibrancy created by new residents.

Over the past number of years, Cabot, Cabot & Forbes has been keenly focused on sites outside of Boston, particularly along the MBTA Red Line in Alewife and Quincy for opportunities to deliver dynamic, amenity-driven rental properties where demand is anticipated to grow — especially as Boston rents have become restrictive for certain renter groups.

According to the Boston Foundation, the shift from buying to renting is expected to continue to put ongoing upward pressure on rents. Coupled with a strong economy that’s driving hiring activity and the demand from young professionals to rent in Greater Boston, we can expect a healthy rental market for the coming year. This surge in rental demand, and, in turn, pricing, has been a consistent influencing factor in our market. The Boston Foundation’s recent housing study notes that rents in Greater Boston are up nearly 41% since 2009, with pricing in the inner core Boston communities up by nearly 60%.

To meet the ever-growing need for new, attainable housing, there is a prime opportunity for Boston’s neighboring communities such as Quincy, Alewife, and Brighton, among others, to be the heroes for more affordable housing options. These communities already offer the ideal transit-oriented infrastructure needed for smart development, with easy access to mass transit, major throughways, bike lanes, and flourishing walkable neighborhoods.

With a total of over 2,300 new residential units in progress and proposed over the next number of years, according to past estimates, Quincy arguably is — and will continue to be for the coming years — one of the most exciting neighborhoods outside of Boston. Our rental property, Deco, is the first major multifamily apartment community completed in Quincy in more than a decade, and is certainly not the last. 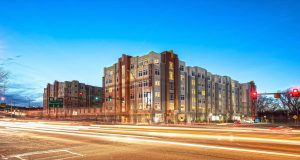 Deco is centrally located in the thriving city of Quincy.

Deco is a Class-A 180-unit rental property with a premium level of finishes and amenities that truly stand out in this submarket. At nearly 90% leased since launching in early 2016, we’re seeing a strong percentage of residents who are either coming from the local suburbs for a more urban, service-driven lifestyle, or those who want a more affordable alternative to Boston that doesn’t compromise on services, amenities, and accessibility. 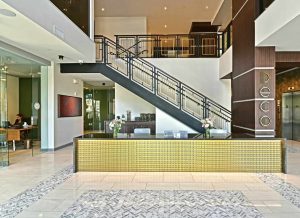 A growing number of developers are working to support the city’s vision of creating a vibrant mixed-use community, particularly along the MBTA Red Line near the Quincy Adams (where Deco is located), Quincy Center, and North Quincy stops, with plans for new residential, retail, and hospitality offerings.

Considering the ongoing demand for high-quality housing in and around Boston, we can expect to see Quincy, along with other communities surrounding Boston, to continue to rise as first-choice housing destinations for residents and the development community alike.