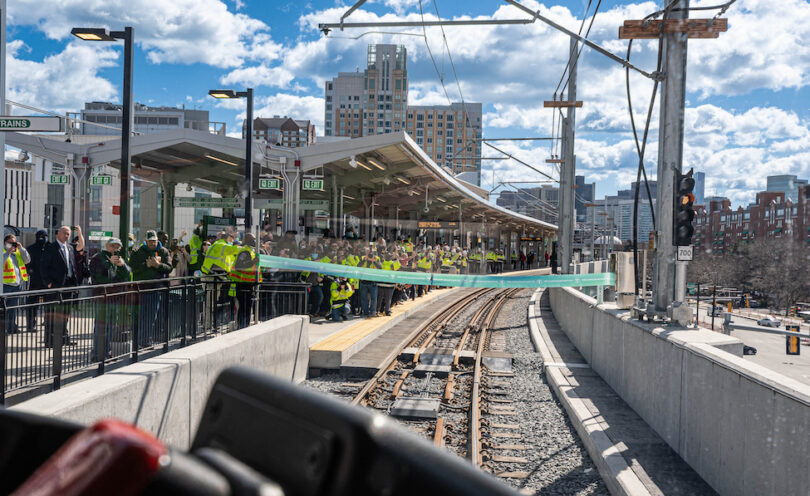 The completion of the Green Line Extension to Union Square is the first of two lines that will be developed on the 4.7-mile light rail project. The major milestone includes the delivery of approximately one mile of double track electrified railroad, developed adjacent to the existing Fitchburg Commuter Rail tracks, that now consists of two public train stations now open for public revenue service extending from Lechmere Station in Cambridge and Union Station in Somerville.

The second line of the Green Line Extension rail system will feature the construction of five stations that will be developed along the existing Lowell Commuter Rail corridor extending from Lechmere Station to College Avenue in Medford. This line is expected to be completed in late summer 2022.

Once complete, MBTA’s Green Line Extension project is expected to significantly reduce automobile congestion and related air emission. It will also provide communities with universal access and new stations that meet or exceed the Americans with Disabilities Act (ADA) standards. It is expected to support increased ridership of more than 50,000 passenger trips per day and reduce regional daily Vehicle Miles Traveled (VMT) by 25,728 miles.